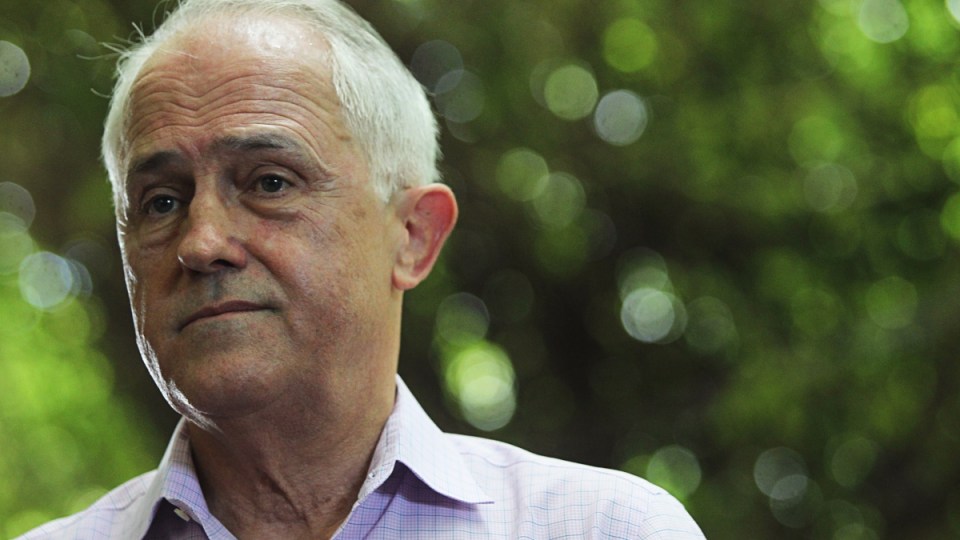 The PM Malcolm Turnbull is not worried about Newspoll. Photo: AAP

Malcolm Turnbull insists he has the support of his Liberal party room for the leadership, as a poll milestone approaches.

The Prime Minister used the factor of 30 Newspoll losses in a row as a key reason for ousting Tony Abbott for the party leadership in September 2015.

Next week’s Newspoll is expected to be the 30th in a row with the coalition under Mr Turnbull’s leadership trailing Labor.

Asked in central Queensland on Wednesday whether he was confident of his colleagues’ support, Mr Turnbull said, “Very”.

Cabinet minister Christopher Pyne said the Liberal Party was an “election-winning machine” because it did not focus on Newspolls.

“I would rather focus on the poll that counts, not the Newspoll,” Mr Pyne told Adelaide radio 5AA on Wednesday.

Mr Pyne said a pro-coal group within the coalition, calling themselves the Monash Forum, was healthy for the party.

It is good to have backbenchers involved in policy development.”

Labor Leader Bill Shorten told reporters Mr Turnbull was being undermined by his party colleagues, who wanted to push the Prime Minister further to the Right.

Monash Forum member and Abbott ally Eric Abetz said he was not aware of any challenge to Mr Turnbull’s leadership and it was important that all party members spoke out on the merits of policy.

“I have never engaged in the cult of personality … I joined the Liberal Party because of its virtues, values and principles, not because of who might be the leader from time to time,” Senator Abetz told Sky News.

“The virtues and values that the Liberal Party is founded on is a lot greater than any of its leaders, even Robert Menzies, if I might say.”

Mr Turnbull also stepped up the pressure on AGL to sell or extend the life of its oldest coal-fired power station in the NSW Hunter Valley.

The Prime Minister says it’s “manifestly in the public’s interest” for the energy giant to keep the Liddell generator running beyond its planned 2022 closure.

AGL has received an informal approach from Alinta Energy to buy Liddell, an offer backed by Mr Turnbull.

“AGL should do the right thing by their customers, by the community, and I think by their own shareholders, and either keep this plant going for another four or five years or sell it to somebody who is prepared to do so,” Mr Turnbull told reporters in Rockhampton on Wednesday.

“There is no reason why this plant cannot keep going.”

He described Alinta, which is owned by Hong Kong-based Chow Tai Fook Enterprises, as a “very credible energy company”, while noting interest from Australian company Delta.

AGL remains cool on the idea of selling.

It has outlined plans to replace Liddell’s output with a mixture of gas, wind and solar power and upgrades to the neighbouring Bayswater coal generator.

“AGL is relying on Liddell to generate power for our customers until 2022 and we will require its infrastructure for our replacement plans into the future,” the company said.

“Should a formal offer for Liddell be received, it would be given consideration in order to meet our obligations to customers and shareholders.”