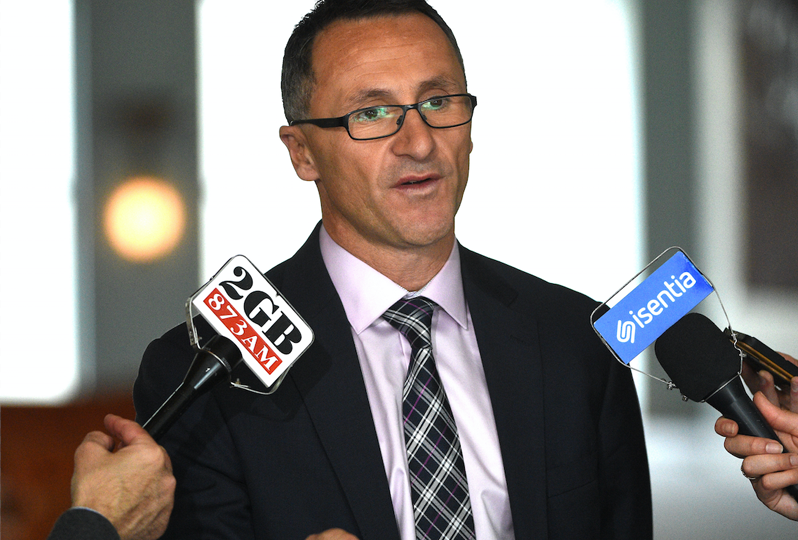 The Greens are suggesting turning the Reserve Bank into a “people’s bank” that could give borrowers up to 60 per cent of the cost of a house at lower interest rates.

It would be capped at $500,000 and only be available for owner-occupiers – not investors.

The so-called “people’s bank” would be limited to people with no other property investments including in their self-managed superannuation.

The proposal would mean a borrower would be likely to borrow part of the value of their property from the “people’s bank” and the rest from a commercial bank at a higher interest rate.

Senator Di Natale said in those circumstances the couple could pay off their loan more than three years earlier and they would save more than $100,000 in interest.

“This is real competition, this is a no-frills lender, a lender that has as its primary interest giving people the opportunity to buy a residential property,” he said.

He argued that if people could only borrow 60 per cent of the value of the property, then it would be most attractive to wealthy people who already had the other 40 per cent.

“Only people in quite high incomes in quite pleasant parts of Melbourne and the inner city would be able to get a loan in this situation,” Mr Morrison said.

“Let’s not forget what the impact would be if all those low-risk loans are going to be taken up with low rates to higher income earners – who is going to fund everyone else?”

Senator Di Natale dismissed concerns his proposal would make it harder for commercial banks to compete for low-risk loans.

“What it will do is ensure that people are going to get a much cheaper product and it will force competition within the banking sector,” he said.

Senator Di Natale is also calling for the Reserve Bank to provide a basic banking service through Australia Post outlets.

He said the Greens were proud to call for the Federal Government to be more active and interventionist.

“Banks are now an essential service, you can’t have a job or get government support without having a bank account,” he said.

Senator Di Natale said the banking royal commission had exposed the need for an alternative to the big commercial banks.

“In the face of ongoing misconduct and price gouging, it’s time for government to step in and ensure that there is a low-cost banking service, backed directly by the RBA, which is focused on the everyday savings and mortgage needs of customers,” he said.