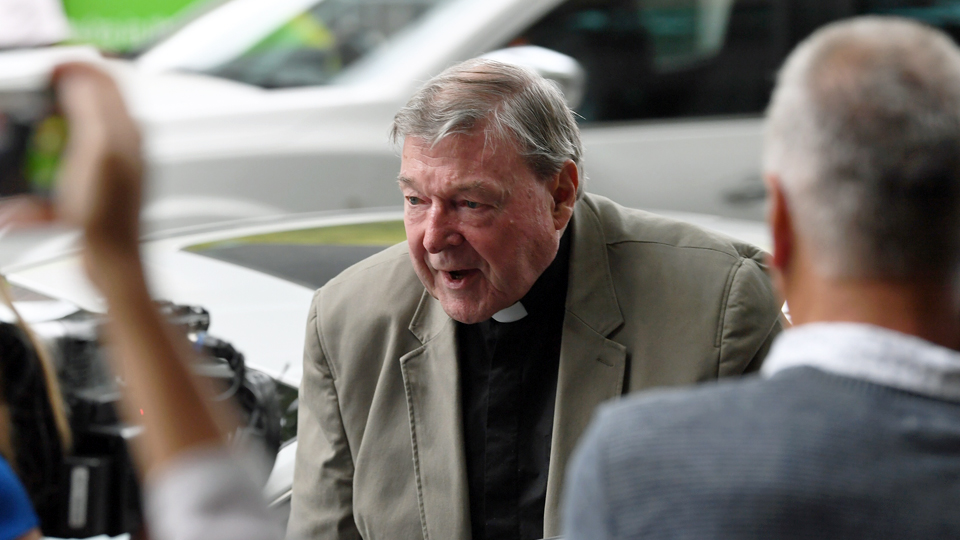 Victoria Police has been accused of ramping up a secret investigation into Cardinal George Pell due to public and political pressure.

Robert Richter QC, the lead barrister for the Vatican treasurer who is charged with multiple allegations of historic sexual abuse, claimed a special police operation deepened their enquiries into the Cardinal in April 2015.

“Can I suggest it was to do with the sitting of the royal commission?” he asked Chris Reed, the official informant for the case on the last day of the committal hearing at Melbourne Magistrates Court today.”

“There was an awful lot of public concern coming out of Ballarat about the sessions that happened and were going to happen,” Mr Richter added.

“In April you hadn’t had a complaint and all of a sudden it became a priority … what would have made it a priority? You wanted more resources because of political pressures?”

“Not that I can recall,” Mr Reed replied.

The Royal Commission Inquiry into Institutional Responses to Child Sexual Abuse sat in Ballarat for several weeks in May 2015.

The court heard on Wednesday that a special probe within Sano Task Force, called “Operation Tethering”, was created to gather intelligence on Cardinal Pell and was first established in 2013.

Mr Richter alleged the operation “lay dormant” until pressure grew around the “stories” coming out of Ballarat in particular.

Mr Richter asked Mr Reed if the operation had been under pressure from advocate groups such as Broken Rites or other organisations.

“Not that I can recall,” Mr Reed said.

Mr Richter also criticised Victoria Police for failing to get full statements from all the members of the choir at St Patrick’s Cathedral in Melbourne where Dr Pell is alleged to have carried out abuse in 1996.

In particular he claimed detectives failed to ask the choir members from the era about the “crucial” question over whether the Cardinal was ever alone when wearing his heavy official robes.

He said if police had interviewed appropriately and taken more statements it would have “put the kibosh” on the allegation that Cardinal Pell committed abuse wearing the robes in the sacristy of the Cathedral.

Mr Richter also questioned why a “far more serious” complaint regarding alleged abuse by a nun was not investigated by Sano Task Force but the “less serious” allegation about the Cardinal in the same statement was probed.

“All I know was that it [investigation into the nun] wasn’t authorised,” Mr Reed said.

He later confirmed Sano Task Force passed on the nun complaint to another section of Victoria Police but no charges were laid.

Cardinal Pell, who stood aside from his role in Rome when he was charged in June last year, strongly denies the multiple allegations against him.

The committal, which has heard from a total of 50 witnesses including complainants, finished on Thursday.

The magistrate Belinda Wallington will then take time to assess submissions from both the defence and the prosecution, with a final decision due after April 17.

On Wednesday, Mr Richter clashed with Ms Wallington when he called for her to be dismissed from the case accusing her of “bias”.

His request was refused.

Earlier in the week he accused ABC reporter Louise Milligan of “poisoning the public’s mind” with a documentary and book about the Cardinal. Ms Milligan rejected the accusation.

The decision about whether the case will proceed to a higher court for trial will be made by Ms Wallington in two weeks, possibly longer.

Police accused of ‘zeroing in’ on Pell due to political pressure