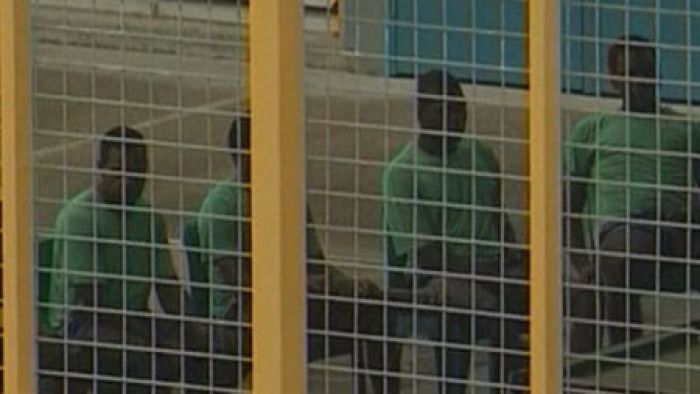 Commonwealth, state and territory governments must overhaul the justice system to reduce the massive over-representation of Indigenous people in jail, a major inquiry has found.

The Australian Law Reform Commission (ALRC) inquiry, led by federal court judge Matthew Myers, was commissioned by the Federal Government to investigate whether courts, police and prisons were contributing to the over-incarceration of First Nations people.

The answer was yes, the inquiry found, because the justice system was often entrenching inequalities by not providing enough sentencing options and diversion programs for Indigenous offenders.

Tabled in Federal Parliament today, the Pathways to Justice inquiry made 35 recommendations to turn around the rising rate of imprisonment among Aboriginal and Torres Strait Islander men and women.

All states and territories should end the practice of jailing people for unpaid fines and change mandatory sentencing and bail laws which are disadvantaging Indigenous people, the inquiry recommended.

Failing to close the gap

Australia has promised to ‘close the gap’ on Indigenous disadvantage. But we are failing on six of seven key goals.

Change the Record, the Indigenous advocacy group, said the inquiry was a “once in a generation” chance to reduce the soaring rate of Indigenous incarceration.

The ALRC inquiry also pushed for wide-ranging changes to police protocols, so Indigenous Australians are not unfairly targeted by law enforcement.

“Commonwealth, state and territory governments should review police procedures and practices so that the law is enforced fairly, equally and without discrimination with respect to Aboriginal and Torres Strait Islander peoples,” the report said.

A person’s Aboriginality should be considered during bail and sentencing decisions, the inquiry said.

Aboriginal and Torres Strait Islander women and men make up 27 per cent of the Australian prison population, costing the nation about $3.9 billion per year, the ALRC said.

“Over-representation is both a persistent and growing problem –  Aboriginal and Torres Strait Islander incarceration rates increased 41 per cent between 2006 and 2016.”

“There has to be a change because we just cannot continue to lock up the First Nations people at the rates at which we do,” Labor senator Pat Dodson said.

The year-long inquiry received 120 submissions and was informed by a committee of Australia’s pre-eminent Indigenous legal minds.

Criminal justice targets should be set by governments to reduce rate of incarceration, and rates of violence, the commission found.

The inquiry also recommends an independent justice reinvestment body be established to divert money away from the criminal justice system and into trials in local areas to drive down high rates of offending.

The report said irregular employment, previous convictions for often low-level offending, and a lack of secure housing was disadvantaging some Indigenous people when they applied for bail.

But the inquiry found that magistrates and judges faced a shortage of community-based sentencing options for Aboriginal and Torres Strait Islander offenders, and said state and territories should establish specialist Indigenous sentencing courts.

Aboriginal and Torres Strait Islander people deserved to have greater confidence their police complaints would be investigated independently, the review said.

“Commonwealth, state and territory governments should introduce a statutory requirement for police to contact an Aboriginal and Torres Strait Islander legal service.”