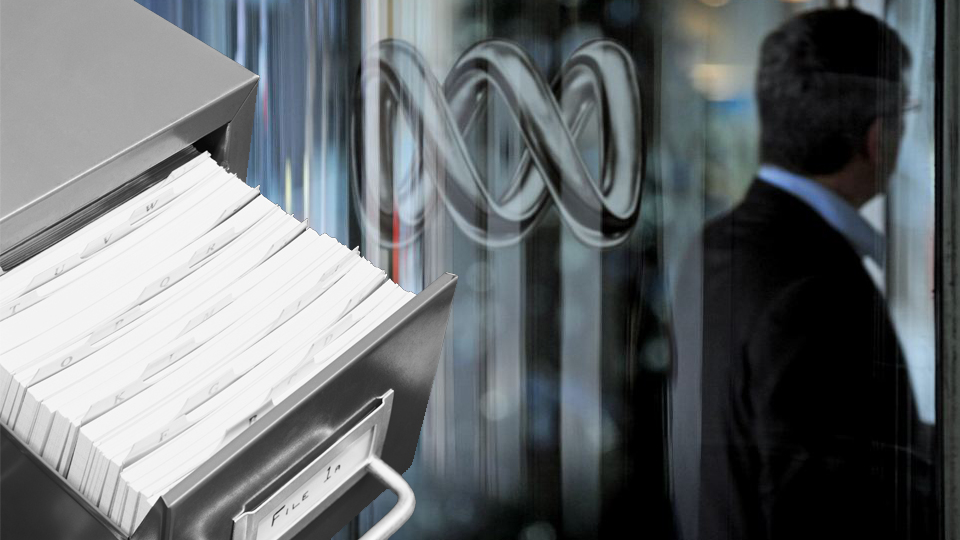 The files were handed back to the government within days of ABC breaking the story. Photos: AAP / Getty
exclusive

The ABC is refusing to release its correspondence with the Prime Minister’s office in the days surrounding its publication of a trove of misplaced Cabinet documents that it later returned to the government.

In January, the national broadcaster revealed the partial contents of a collection of 1500 Cabinet papers that had been accidentally sold at a government auction, providing a rare glimpse into the inner workings of five past governments.

Shortly after the exposé, the ABC returned the documents to the Department of the Prime Minister and Cabinet, announcing they had mutually “agreed on the securing of and the return of” the files.

In response to a freedom of information request by The New Daily, the national broadcaster said its discussions about the files with Malcolm Turnbull’s office and his department were exempt from release as “program material”.

ABC General Counsel Connie Carnabuci said the documents fell under the FOI Act’s exemptions as they related to “coverage concerning the acquisition of the ‘Cabinet Files’ and internal and external correspondence directly related to that coverage”.

The ABC identified 27 documents as part of the FOI query, including internal correspondence among staff about an ASIO operation to secure the files, which ABC News Director Gaven Morris insisted at the time was “not a raid”.

The ABC defended its refusal to release the correspondence as being in accordance with its legal requirements.

“The ABC’s FOI officers provide decisions on the release of ABC documents according to the requirements of current federal FOI legislation, and the guidance provided by relevant case law and the FOI Guidelines,” a spokesperson told The New Daily.

Among other revelations, the files showed that then-immigration minister Scott Morrison had asked ASIO in 2013 to delay security checks for asylum seekers to ensure they missed the deadline for receiving permanent protection visas.

The ABC, however, faced heavy criticism for handing back the files without reporting the vast majority of their content, with critics accusing the broadcaster of kowtowing to the government.

In an ABC radio interview, Mr Morris admitted the broadcaster had not “gone anywhere near” stories that could have had national security implications and that the files could have produced hundreds of pieces.

“Just as well Daniel Ellsberg did not leak today’s equivalent of the highly classified Pentagon papers on the Vietnam war to the ABC,” he wrote.

Mr Toohey told The New Daily the ABC should be transparent about its discussions with the government on the return of the files.

“Clearly, the ABC should not try to block freedom of information requests when its journalism is based around people answering questions from journalists,” he said.

In The Guardian, former Four Corners reporter Andrew Fowler questioned whether the ABC could be trusted to hold the government to account.

“Handing over documents to any Australian intelligence agency signals the emergence of an unhealthy relationship between the ABC and the very institutions of government they should be holding to account.”