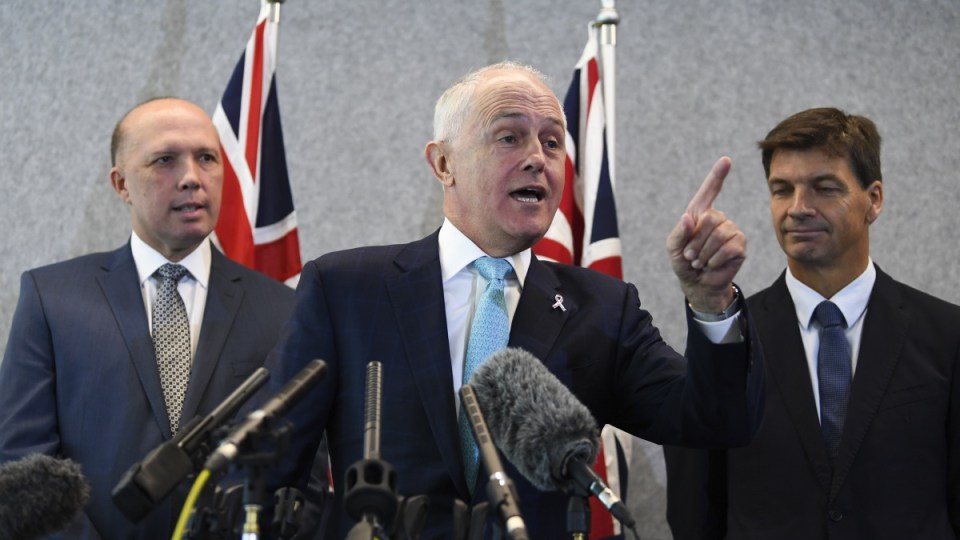 The Prime Minister had a 'theatrical defence' of the bad Newspoll. Photo: AAP

Prime Minister Malcolm Turnbull has given a cringe-worthy news conference after being asked to respond to his 29th consecutive Newspoll loss.

The latest Newspoll, published in The Australian on Monday, shows the Coalition trailing the opposition 47-53 on a two-party preferred basis.

When asked by a reporter about the poor Newspoll, Mr Turnbull interrupted the reporter’s question and launched into what the ABC described as a “theatrical defence” of his role as Liberal Party leader.

The reporter then asked Mr Turnbull, “what about your job, Prime Minister?”

“We are seeking to reduce business taxes to allow Australian businesses to invest and compete and create even more great jobs that will make you smile even more and that is what we are doing. That is our commitment.”

Mr Turnbull’s response was being interpreted as an awkward reaction to the pressure of now being one Newspoll short of 30 consecutive negative polls – the number he cited in 2015 as the main reason for toppling Tony Abbott.

Treasurer Scott Morrison also brushed off the poll results, saying there was more than a year to go until the next federal election.

“Here are the numbers that I think Australians sweat on more than Newspoll: the deficit has been halved, unemployment has fallen from 6.2 to 5.6 per cent during the period you’re referring to, 673,000 Australians have got a job,” he told ABC radio on Monday.

“Consumer confidence is up more than 10 per cent as is business confidence over that period of time, business conditions are at record levels and business investment is increasing.

“These are the things that change people’s lives, Newspoll doesn’t.”

“I’ve just come off the back of the South Australian election campaign where for many, many months the polls predicted all manner of things, none of which actually materialised,” he told Sky News.

What will happen between now and whenever the federal election is, around the middle of next year, is Australians will become more acutely aware of the choices on the table.”

The latest poll showed Labor slightly improving its primary vote to 39 per cent against the government’s 37 per cent.

The Coalition has largely hovered around a 37 per cent primary vote since the start of 2017.

On the two-party preferred measure, it tied with Labor in the two polls after the July 2016 election but has come second in every one since.