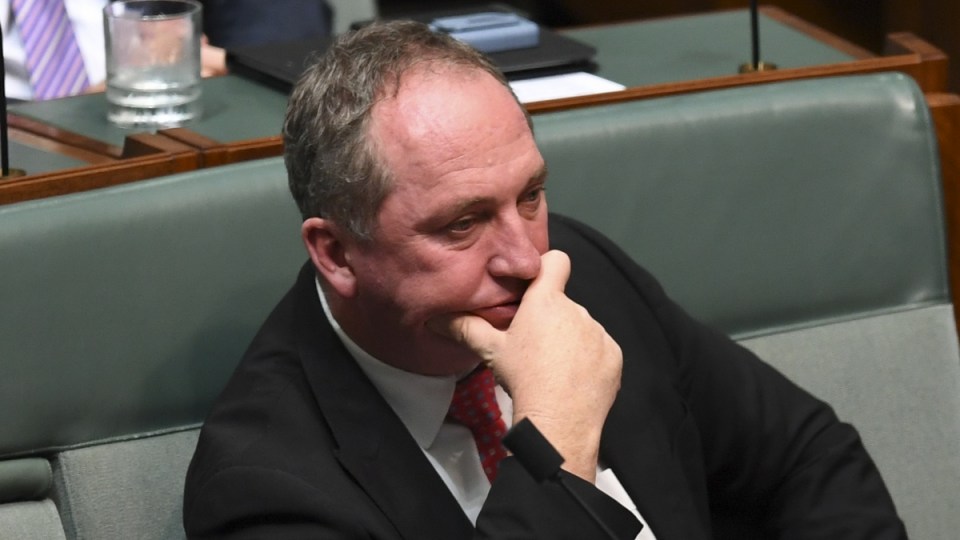 Mr Joyce quit as deputy prime minister last month amid pressure over his relationship with his staffer Vikki Campion and questions about whether the statement of ministerial standards was properly followed.

The ministerial standards mean prime ministerial approval must be given if family members or partners are employed in another frontbencher’s office.

But Mr Joyce denied Ms Campion was his partner at that time, so argued that rule did not apply.

Ms Campion is expecting a baby next month, although Mr Joyce has said the identity of the child’s biological father is a “grey area”. Despite that, he said he would not have a paternity test and would raise the child as his own.

He confirmed Ms Campion as his partner on February 13 but only updated his register of interests to reflect that last week, on March 19, which is just outside the 28 days required for updates to be made.

His register of interests now shows the update made in January – that he had separated from his wife Natalie – as well as the from last week showing Ms Campion owns a property in the Canberra suburb of Braddon, and some shares.

He has deleted the declaration showing the gift of six months’ rent-free use of a townhouse in Armidale in his electorate of New England.

Mr Turnbull also wrote a new foreword to the document stating that he had added a “very clear and unequivocal provision: ministers, regardless of whether they are married or single, must not engage in sexual relations with their staff”.

Mr Joyce is now a backbencher after quitting the Nationals leadership, but he has not ruled out returning at some stage.

The Nationals chose Michael McCormack to replace him as Deputy Prime Minister.