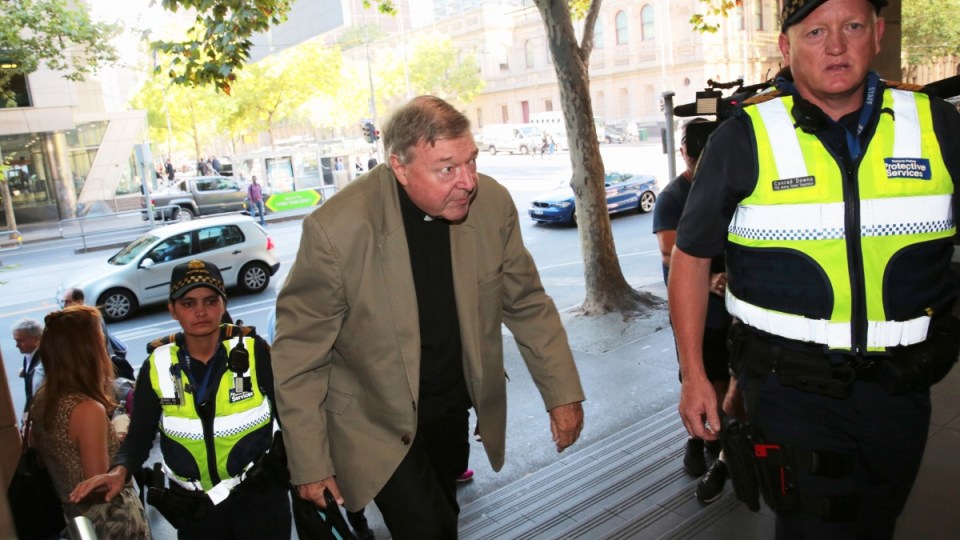 A mother of a complainant in the case against George Pell changed her police statement after reading a book containing abuse allegations against the Cardinal, a court has heard.

The revelation came as it emerged charges relating to one accuser are due to be officially dropped as the person is “medically unfit”.

The mother, who cannot be named, told Melbourne Magistrates Court she wanted to add in a “memory” she claimed she recently recalled – that she had waited for long periods outside St Patrick’s Cathedral to retrieve a family member.

Robert Richter, QC, accused the mother of adding in the “relevant” detail after a book by ABC journalist Louise Milligan, The Rise and Fall of Cardinal George Pell, was passed around family members.

The mother, who often cried during her testimony at the hearing regarding multiple allegations of historic sexual abuse, confirmed the book was sent to her after she made her police statement.

She said the book, which was withdrawn from sale in Victoria when the Cardinal was charged last year, was sent to her by a family member who lived in Queensland.

“Why did you read any part of the book?” Mr Richter asked the witness.

“I started off thinking I wanted to know what was in the book,” the mother said.

She told the court she did not read all the book as it was making her “very depressed”.

Mr Richter asked the witness if she realised the relevance of what she had changed in the statement.

“I do know what the relevance is – that if I was waiting there was time for things to occur,” she replied.

The court also heard that another mother of an alleged victim, who later died of a heroin overdose, had asked Ms Milligan not to use an interview with her, fearing it could taint legal proceedings.

However, the court heard the journalist, who is due to give evidence as a witness next week, still included details from the woman in her book.

Earlier, another mother of a complainant was accused of holding a “council of war” over alleged abuse by Cardinal Pell.

The mother of an alleged accuser, both of whom cannot be named, told how there was a group conversation at her home when two accusers in the case were present.

One of the accusers was drunk and upset, the court heard, and made allegations about abuse by Cardinal Pell, now 76, happening at a pool in country Victoria.

However, the woman’s son himself failed to tell the group of his own alleged abuse, only making a police statement later, and instead “laughed”, the court heard.

“It wasn’t a council of war about what to do … was it?” Mr Richter asked.

The mother replied: “No.”

Later, the sister of an alleged victim told how her brother drunkenly confided in her about alleged abuse by the Cardinal.

During the committal hearing last week it emerged Cardinal Pell may face additional charges after an accuser made an additional statement to police.

The unnamed witness made a second statement just one day before being due to give evidence about a location in country Victoria where the Cardinal is alleged to have carried out abuse.

It is not yet clear whether the additional allegation will be added to the charges.

The committal hearing is due to finish next week, with a decision to be made in April by magistrate Belinda Wallington, about whether the case will proceed to trial in a higher court.