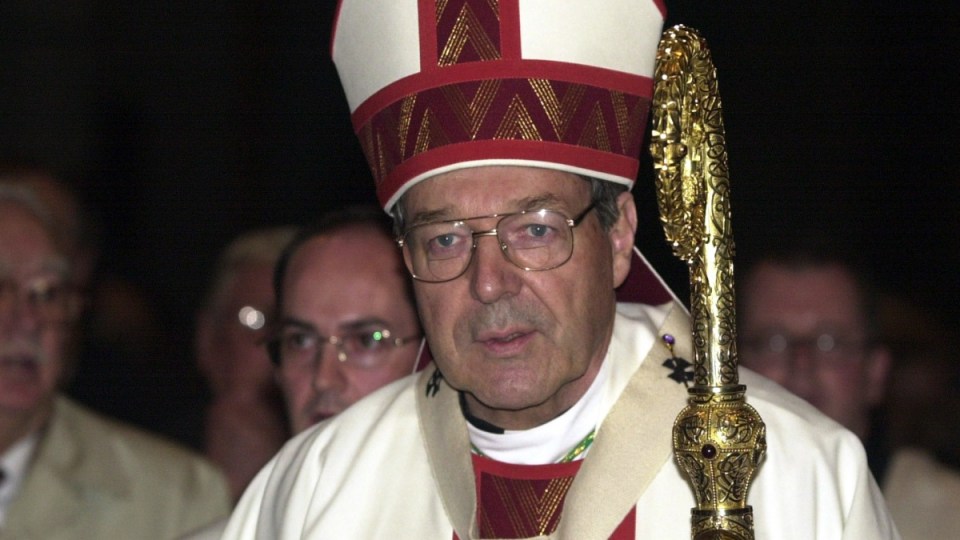 The former archbishop was a "stickler" for discipline, court hears. Photo: AAP

Cardinal George Pell was a “bully” when he held the position of archbishop of Melbourne, a court has heard.

The committal hearing at Melbourne Magistrates Court on Wednesday, regarding multiple allegations of historic sexual abuse, was told the Cardinal was a “stickler” for discipline.

In particular the choir felt they were under a new regime, the court heard, when Cardinal Pell began his new high-ranking role and began taking mass and other services at St Patrick’s Cathedral in 1996.

He quoted from the police statement made by Mr Mayes, which said: “I have no love for the man, as I said earlier he was a bully.”

“I have a very distinct memory of one of the rehearsals … he’s a very prominent figure and he was shouting at the choir,” he told the court.

“I do recall Pell in some capacity coming into rehearsal rooms,” he said.

Cardinal Pell also visited the choir in a small room sometimes used behind the sacristy and also visited a choir rehearsal camp with other priests and brothers, he added.

But Mr Mayes agreed he never heard or saw Cardinal Pell commit any untoward behaviour at the Cathedral.

Mr Richter asked him: “You yourself never perceived anything that would allow you to conclude the archbishop had ever assaulted anyone personally?”

Another witness, David Dearing, who also previously sang in the choir, told the court Cardinal Pell was always accompanied by someone when he was robed at the Cathedral.

Quoting from Mr Dearing’s police statement, Mr Richter told the court that Monsignor Charles Portelli, who lived and worked at the Cathedral, was “like a bodyguard” to the Cardinal.

“I remember Father Portelli always being with Pell, he was like his bodyguard,” Mr Richter quoted to the court.

“Pell would arrive, put on his robes, say mass and he would never mix with the choir.”

Cardinal Pell, who stood down from his position as Vatican treasurer in June last year when he was charged by Sano Task Force, denies all the allegations against him.

At the start of the hearing the magistrate ruled that ABC journalist Louise Milligan had to dictate around 100 pages of notes, including interviews with accusers, she had supplied at the request to Cardinal Pell’s team.

Mr Richter complained the notes were “unreadable” as they were written in her own style of shorthand.

He said it was unfair that Miss Milligan said she was “too busy” to transcribe the notes for the case because it would take a lot of time of the court if she read them out during her witness testimony this coming Monday.

“It’s a question whether it’s just her time or the time of a lot of people involved,” Mr Richter said.

The final decision over whether the case will proceed to trial at a higher court is likely be made by the magistrate after Easter.

George Pell ‘was a bully’ when archbishop of Melbourne