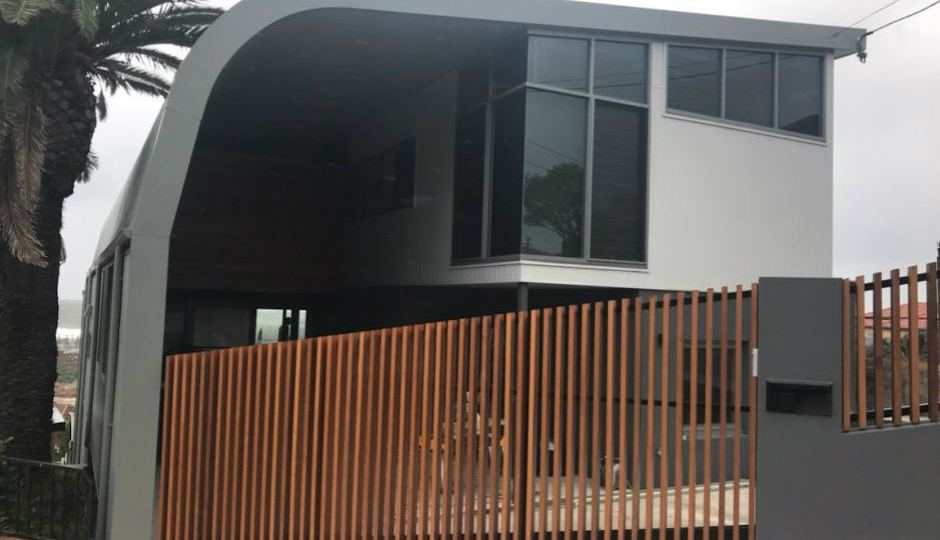 Cambridge Analytica doesn't operate in Australia, and never has. But this building is its registered head office. Photo: ABC

This is the registered Australian head office of the shady big data company that claims to be so powerful it can swing elections.

Except it’s not really, because Cambridge Analytica doesn’t operate out of here and it never has.

Cambridge Analytica operates in the shadows, attempting to convince political players to buy in.

Buying in means applying big data to politics: targeting individual voters who have been psychologically profiled based on information taken from social media, to sell them a political message.

And despite several trips to Australia by its senior executives, it appears to have been remarkably unsuccessful.

For a company that claims master manipulation in global politics, the biggest manipulation of all may be the fascinating story of how the company sells itself and its services.

In the US that involved fake staff, implied links to a university and a deal to obtain the private Facebook profiles of 50,000 users.

In Australia, that story begins in 2015 with a used car salesman who smells a business opportunity, sets up an Australian front, recruits some friends and now regrets it all.

Allan Lorraine is a master salesman.

He used to sell luxury used cars for Lexus, schmoozing and persuading the top end of town they needed a new set of wheels.

By 2013 he realised there was more money to be made selling himself as a sales coach, then in 2015 he saw an opportunity to widen his product range further.

He met with Cambridge Analytica and registered the name in Australia to sell people and their personal data to his clients.

“Leading up to the Trump campaign, they wanted to appear bigger than they were,” Mr Lorraine told the ABC.

So he agreed to be listed as the head of their parent company SCL Australia, and he recruited two colleagues who were happy to lend their names too.

“They were put there to bolster the appearance,” he said.

The head office? That’s his home address in Maroubra in Sydney’s eastern suburbs.

“I don’t have a political bone in my body.”

Is Cambridge Analytica a threat to Australian politics?

In the United States, Cambridge Analytica is being investigated over new allegations it hoovered up the private details of 50 million Facebook users.

And it’s suspended its chief executive Alexander Nix, who was captured in a secret video describing how he’d set honey traps for candidates to use as a political weaponry.

The company’s work sits in the ethically grey-to-dark-grey zone, because mudslinging and targeting voters is nothing new and in most cases not illegal.

The bigger issue is if this information is used to target voters with misinformation, or “fake news”. There’s some evidence Cambridge Analytica did this in the US election.

The same threat exists in Australia, and analysts say there’s the potential for another country to sign up if it wanted to influence Australian voters.

But so far the company appears to have had little traction with our political parties – not for lack of trying.

It met with Dan Tehan when he was the minister responsible for cyber security, and Liberal party executives.

The executives were, unsurprisingly, interested to hear whether the company’s big claims about the US election could be replicated here.

But no one signed up.

Mr Tehan’s office confirmed he attended a private dinner with Cambridge Analytica executives last year, but his spokesman would not be drawn further.

The art of the puff-up

When it was targeting Steve Bannon to supply data for the Trump campaign, it set up a new front office near Cambridge University to imply academic links.

Whistleblower Christopher Wylie, who helped establish the company, told The Guardian the empty office was filled with staff from other locations, to make it appear real and functioning.

And then once it sold its services, it made grand claims of having waged psychological political warfare on the American public, to swing the election.

In reality, the big data weapon is real and dangerous, but it’s hard to measure how much damage it really did.