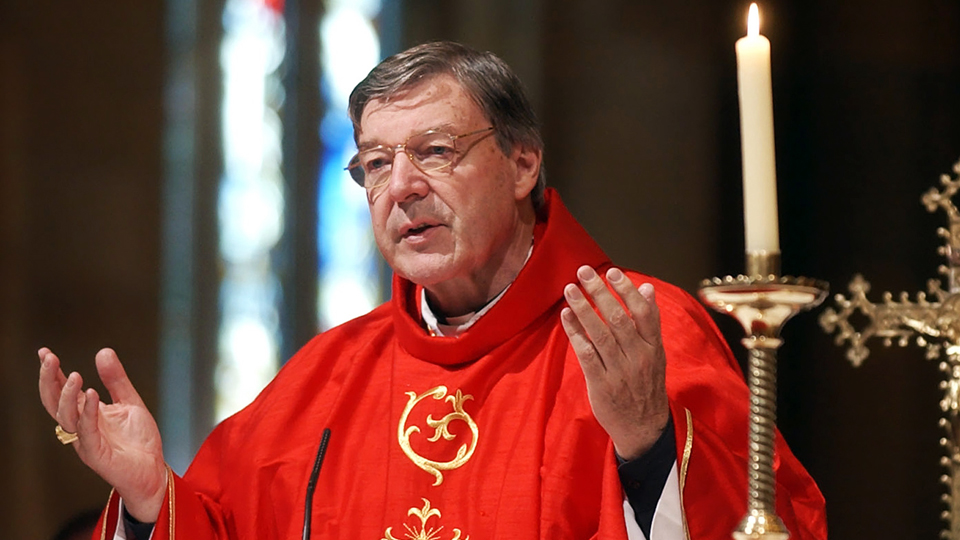 It was impossible for George Pell to commit misconduct while in robes, court hears. Photo: AAP

Cardinal George Pell may face additional charges after a new possible accuser made a statement to police, a court has heard.

The unnamed witness made a second statement to police this week, just one day before he was due to give evidence about a location in Victoria where the Cardinal is alleged to have carried out abuse.

It is not yet clear whether the additional allegation will be added to the charges against 76-year-old Cardinal Pell during his current committal hearing at Melbourne Magistrates Court.

Robert Richter, QC, Cardinal Pell’s lead barrister, said he wanted the witness to be stood down from cross-examination until he was able to investigate and examine the new statement.

“We need to conduct a proper investigation,” he said.

Mr Richter suggested the witness be questioned in coming days or at a separate committal hearing.

Later, the court heard it would have been “impossible” for Cardinal Pell to commit “misconduct” at St Patrick’s Cathedral in Melbourne while wearing his official robes.

During the second day of evidence in the third week of the committal hearing, regarding allegations of historic sexual abuse, a witness told of how the then archbishop of Melbourne was never alone at the Cathedral when he was wearing his robes to preside over mass.

Monsignor Charles Portelli, who worked as master of ceremonies and lived on the premises of the Cathedral, said he always accompanied Cardinal Pell during his time in his robes at services.

Cardinal Pell was archbishop of Melbourne from 1996-2001 and would frequently lead mass at the Cathedral.

Mr Richter asked him whether there was any chance of the Cardinal being alone, to which Msgr Portelli replied: “He was never alone in there [the Cathedral] whilst robed.”

Msgr Portelli explained how he always waited for Cardinal Pell at the door of the Cathedral, helped him dress in his heavy and complicated official robes and then usually took him for a cup of tea or lunch in the kitchen before he left. He said they would often leave together to attend an afternoon function.

Msgr Portelli and another witness, John Mallison, a former teacher and organ player, both helped describe the layout of the Cathedral and explained how during a large part of 1996 there were renovations taking place which meant mass had to be held next door in the Knox Centre.

Max Potter, who effectively worked as the caretaker of the Cathedral, told the hearing it was impossible for Cardinal Pell to have committed alleged abuse in the sacristy of the Cathedral, a room where priests prepare for services and where vestments and articles of worship are kept, as the door was locked after the services and only other priests were allowed in.

Mr Richter said: “Any such allegation [of abuse by the Cardinal at the Cathedral] … is impossible.”

Ballarat-born Cardinal Pell stood down from his position in the Vatican, where he held the role of prefect of the secretariat for the economy, in June last year to fight the case in his home country.

Since the committal began new allegations have been heard about alleged abuse by the Cardinal.

One allegation heard last week was that he allegedly abused an accuser during a visit to a lake in the 1970s.

He is also alleged to have abused a victim at a cinema in 1978 during a screening of hit film Close Encounters of the Third Kind.

Cardinal Pell strongly denies all the allegations against him.

At the end of the committal the magistrate, Belinda Wallington, is due to make a decision over whether the case will proceed to trial at a higher court.

New allegations against George Pell made to police