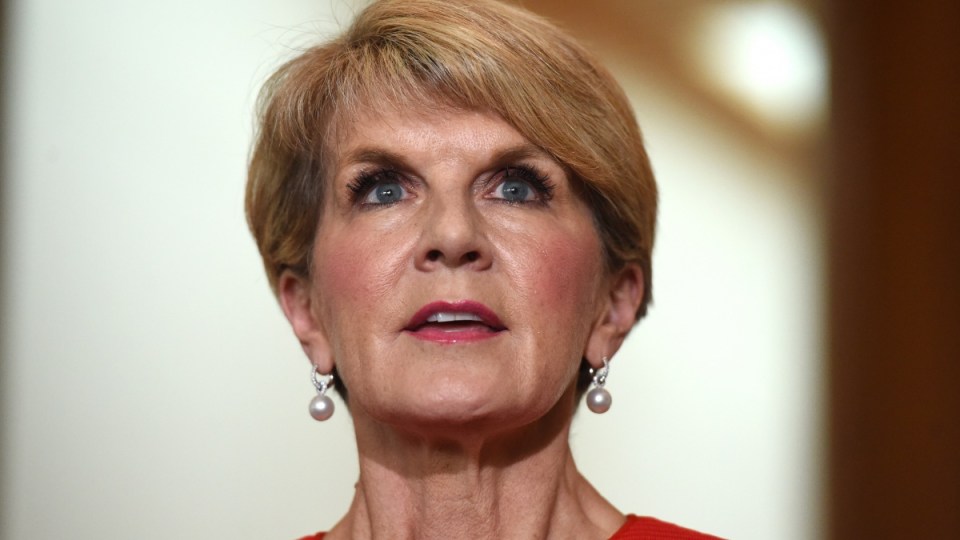 Foreign Minister Julie Bishop has suggested white South African farmers who say they are being persecuted will not get “special treatment” from the Turnbull government, despite Peter Dutton saying they need “help from a civilised country like ours”.

Ms Bishop said on Sunday the government had no plans to change Australia’s “nondiscriminatory” humanitarian visa system, which requires each application to be “considered on its merits”.

“That’s been the case under the Turnbull government, and as far as I’m aware, there are no plans to change that visa program,” she told the ABC’s Insiders program.

On Friday, Ms Bishop had said she was in talks with the Home Affairs Minister about possible changes to the humanitarian visa program, following Mr Dutton’s suggestion white South African farmers needed “help from a civilised country like ours”.

The call was backed by at least two Liberal MPs at the weekend, but earned a rebuke from the South African government – which also revealed plans to reclaim land from white farmers last week.

Ms Bishop said the government had raised concerns about South Africa’s land reforms and did note an increase in violence in the country in recent years.

But she would not agree with Mr Dutton’s suggestion that white South Africans were more suitable for resettlement than other ethnic groups.

Mr Dutton, who has previously railed against so-called black African gangs in Victoria, said last week the farmers were “the sorts of migrants that we want to bring into our country”.

Refugee advocates, as well as the Greens and Labor, questioned why white South African farmers were more worthy of special treatment than Rohingya Muslims suffering government-backed violence in Myanmar.

AfriForum argues being a white farmer is one of the most dangerous jobs in South Africa, but the respected fact check website AfricaCheck has said the exact murder rate is difficult to quantify.

The website cited police figures saying there were 74 farm murders in 2016-17, though the race of the victims was not recorded.

🇿🇦 While we found no evidence of a #WhiteGenocide in #SouthAfrica & the farm murder rate is in dispute, (white) farmers ARE being killed in horrific ways.
Read our factsheet for available stats to better discuss this sensitive issue:https://t.co/50li0zvQ6y#SouthAfricanfarmers

“While questions remain about the accuracy of farm murder statistics and an accurate estimate of the affected population is unavailable, any farm murder rate should be viewed with caution,” AfricaCheck reported last year.

That view is backed by Gareth Newham, a crime expert at the Institute for Security Studies, who told Reuters the murder rate was likely to be higher for young black men in townships.

Still, support for the Australian government to intervene has found favour with the local South African community, particularly in Western Australia, where expatriates number about 19,000.

Nearly 20,000 people have signed a petition calling on the government to offer special treatment to the group, while WA Liberal MPs Ian Goodenough and Andrew Hastie have also backed action.

That call was fuelled, in part, by the South African government’s decision this month to unveil long-promised reforms aimed at expropriating land without compensation.

Under a “use it or lose it” policy, the government would seize “vacant land, unused land, and land used for speculative purposes” in a bid to address the disparity, an official said last week.

Critics have warned the plan would undermine property rights and threaten foreign investment.