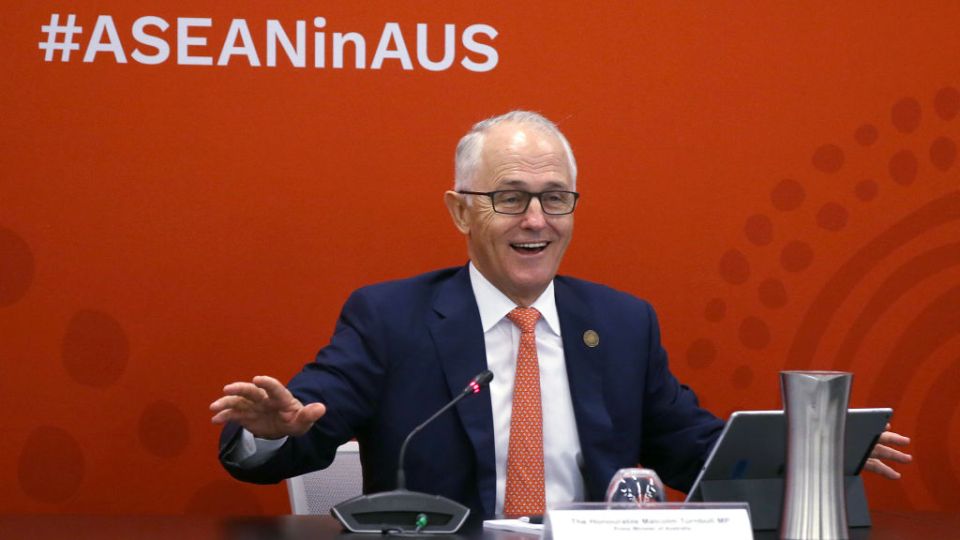 Prime Minister Malcolm Turnbull has reportedly raised concerns about Cambodia’s crumbling democracy and human rights record privately behind closed doors at a meeting with his Khmer counterpart at the ASEAN summit.

Mr Turnbull is hosting leaders from the 10-country Association of Southeast Asian Nations and had bilateral talks with Prime Minister Hun Sen on Friday afternoon.

Cambodia is on a spiral towards authoritarianism following last year’s ban on the main opposition party, the arrest of opposition leader Kem Sokha and the forced closure of an English-language newspaper.

The opposition party had been poised to strongly challenge Hun Sen’s 33-year rule at the July election.

Ahead of the bilateral meeting, Mr Turnbull declined to publicly condemn the Hun Sen regime but hinted he would be raising the situation privately behind closed doors.

He said Australia had “frank engagement” with all ASEAN countries.

“We approach ASEAN with the greatest respect.”

“We respect the consensus model on which it is based and we will be discussing issue of every description,” Mr Turnbull told reporters.

Ahead of his visit, the Khmer prime minister had threatened to beat up any protesters who burnt effigies of him in Sydney.

Hundreds of Cambodian expats are expected to rally on Friday afternoon, protesting against Hun Sen’s visit to Australia.

Meanwhile, the widow of a slain political activist is expected to share her personal heartbreak at a protest.

She and her five children were granted refugee status and moved to Melbourne last month after 15 months in limbo in Thailand.

Ley was gunned down in 2016 after he had made comments critical of the prime minister’s business dealings.