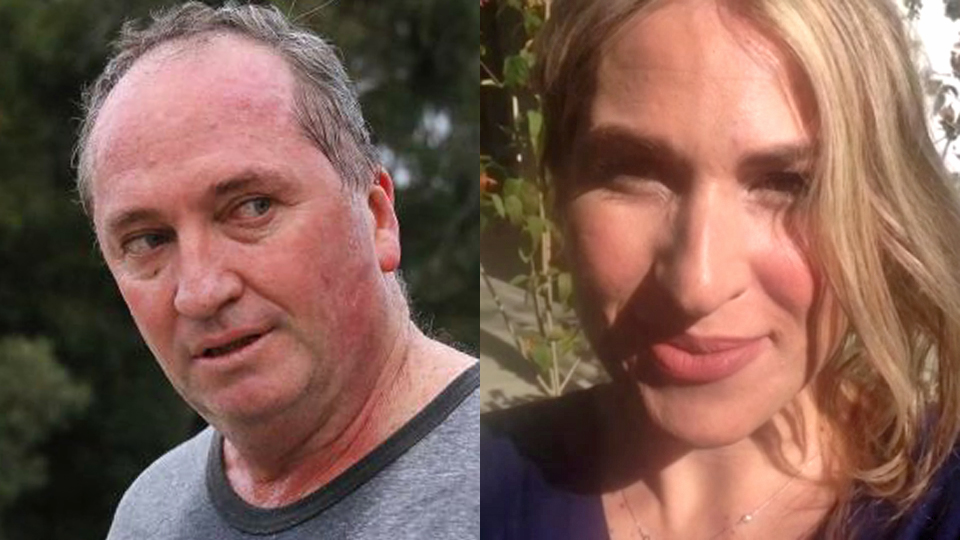 Barnaby Joyce and Vikki Campion have put a six-figure price on the "privacy" they pleaded for in February. Photo: AAP
opinion

I often wonder if men have any idea how badly they sometimes treat women. Barnaby Joyce throwing his heavily pregnant partner under the bus is one of those times. I have never met Vikki Campion, but my heart went out to her.

Perhaps I am particularly sensitive at the moment because my daughter is also heavily pregnant and expecting her baby in April. Fortunately, she has a loving, loyal and supportive partner. It makes me think how I would feel if someone was publicly treating my pregnant daughter the way Mr Joyce is treating Ms Campion and a red mist descended in front of my eyes.

The last few weeks of pregnancy are a horrible time. The pregnant woman feels huge, awkward and more or less constantly uncomfortable. If she can sleep much at all she is very fortunate.

Emotions, especially with a first baby, often run high. It is a huge life transition to go from woman to mother and – like all such leaps into the dark – the pregnant woman knows what she is leaving but not what she is going into.

Fathers face change too, of course, but it is simply not comparable to the physical, emotional and day-to-day life changes that new mothers must navigate. A pregnant woman needs all the support she can get, especially from the father of her child. Surely Mr Joyce knows this? After all, Ms Campion will be a new mother but he is an old hand at fathering. He’s done this four times before.

I’d also be furious at the appalling introduction to the world Mr Joyce is giving to his unborn son. Poor little sausage, not even born and his parentage, his parent’s sex lives and the circumstances of his conception are public knowledge.

Frankly, if Ms Campion were my daughter I’d be working very, very hard to resist the temptation to tell her to leave him. I’d also be mentally preparing myself to welcome my daughter and her child back home to live with us in the not-too-distant future.

After all, how can this work out well? Either Mr Joyce and Ms Campion are committed partners or they are not. His musings about the timing of the baby’s conception suggest he has his doubts. This is not a great place to start a relationship as new parents. Not to mention being in the full glare of the media, facing public disgrace and questions about alleged misuse of power and influence.

And it is hard not to wonder why Mr Joyce decided to give such a bizarre interview in the first place. Whatever his private doubts he should simply have kept them between himself and Ms Campion. If, as has been suggested, it was the media who crunched the dates and cast doubts on the timings, he had no need to respond to them. He could, perhaps, have partially resurrected his public image if he had stood loyally by his pregnant partner and refuted such prurient speculation utterly.

Due dates are calculated from the date of the mother’s last period not her last sexual encounter. Sperm can live in the fallopian tubes for almost a week and time and date of ovulation is uncertain. It sounds like Mr Joyce thinks he is entitled to some credit for refusing to have a paternity test and for saying he will raise the child as his own. That, for me, is particularly chilling.

If Ms Campion is herself uncertain of the child’s paternity, he has put her in a position of having to be grateful and beholden to him for taking on someone else’s child. That doesn’t bode well either. And the child is entitled to know who his father is, especially if doubt has been cast.

Perhaps Mr Joyce intended all this as a distraction – because he would rather have us question the mother of his future child’s sex life than focus our attention on his behaviour when he was Deputy PM.

He is certainly on record waxing lyrical about the “protection” heterosexual marriage offers women. Well, if this is his idea of being ‘protective’ I am glad I prefer independence.

If Ms Campion was my daughter, awaiting the birth of her child, independence is exactly what I would be encouraging her to embrace.