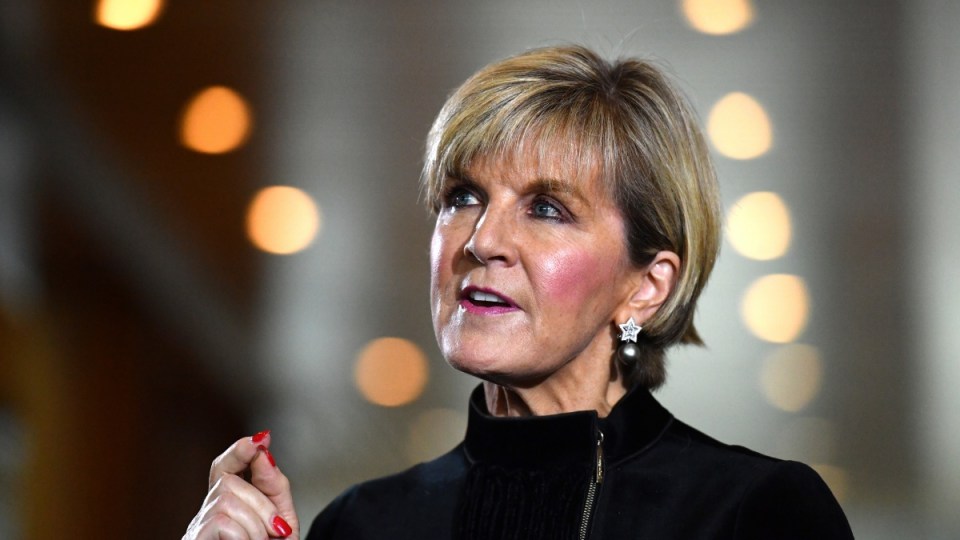 East Timor and Australia will finally sign a deal for a treaty on their disputed maritime border in New York next week. Photo: AAP

Australia’s Foreign Minister Julie Bishop will head to the United States next week to sign a historic maritime boundary agreement with Timor-Leste.

Last week the two nations finalised a treaty on their long-running border dispute in the Timor Sea and on the future carve-up of revenue from the giant Greater Sunrise oil and gas reserve.

“This marks a new chapter in our relationship with Timor-Leste, bringing us together as neighbours sharing a boundary, and as partners and friends,” Ms Bishop said on Sunday.

She’ll sign the treaty in New York on Tuesday at the United Nations Headquarters before Secretary-General Antonio Guterres.

Under the deal, the share of revenue from the offshore gas field will differ depending on downstream benefits that arise from “different development concepts”, the Permanent Court of Arbitration said last Monday.

The fields are estimated to hold gas worth about $56 billion – around 30 times East Timor’s annual national income.

Relations between the countries became strained in 2017 as Australia sought a boundary aligned with its continental shelf, but East Timor argued the border should lie halfway between them – placing much of the gas field under its control.

Ms Bishop will also attend a meeting for the Kimberley Process, a global diamond watchdog which imposes strict controls to prevent illicitly-acquired and so-called blood diamonds from filtering into the global market.

“Australia’s final role as chair of the Kimberley Process will be to guide the adoption of a UN General Assembly Resolution on the role of diamonds in fuelling conflict,” she said.

Ms Bishop will also spruik Australia to US government and business leaders and mark International Women’s Day during her visit.