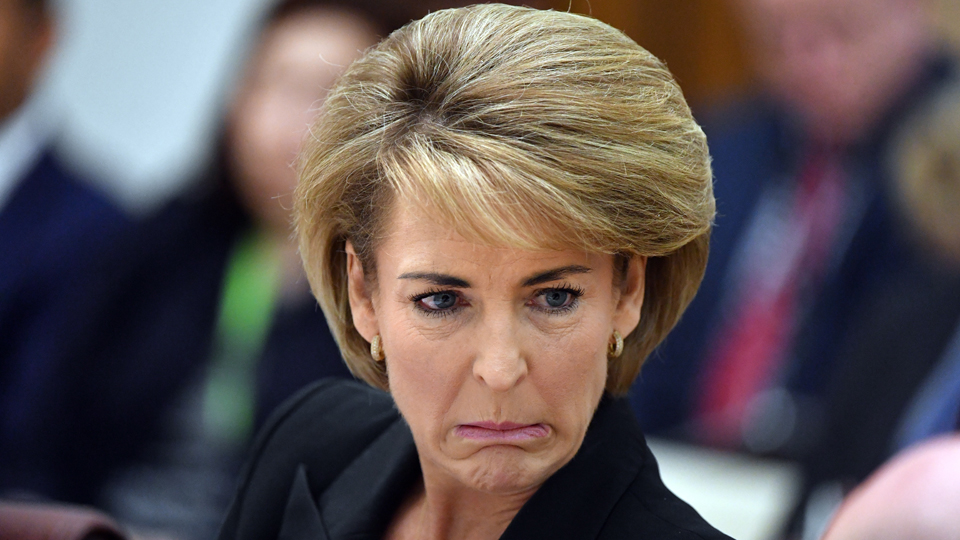 Why else would Senator Cash think it such a killer blow to threaten to name Bill Shorten’s female staffers in particular?

On Wednesday, the Minister for Innovation and Jobs (and, most disappointingly, former minister for women) threatened to name all the female staffers in Mr Shorten’s office about whom she claimed to have heard ‘rumours’.

She did so in the face of pressure from Senator Doug Cameron about another – non-sexual (so far) scandal – and then withdrew her remarks when demanded by Senator Penny Wong.

Senator Wong characterised Senator Cash’s threat as “wrong”, “a slur” and “sexist”, all of which it undoubtedly was.

Even Tony Abbott, speaking to 2GB, said he had “not the foggiest idea” what Senator Cash was talking about and could only assume “the minister had a brain snap”.

But worst of all was the double standard.

For women, unspecified “rumours” are still career death. In fact, any whiff of sexual misbehaviour, even if not directly committed by them, sticks like glue.

Hillary Clinton never entirely escaped the nasty smell around her husband’s behaviour with Monica Lewinsky, though why she should bear any responsibility for it has always been beyond me.

Teflon Bill, of course, mostly now escapes censure. It may even add to his – (hello JFK) – glamour.

It reminds me of when the bizarre behaviour of Huma Abedin’s husband, Anthony Weiner, re-opened the email kerfuffle that helped destroy Mrs Clinton’s bid for the presidency. Honestly guys, just put it away, will you?

A man who sleeps around remains a hero, a stud and an object of envy. Women who are even just suspected of doing so are forever tainted. Hence Senator Wong’s cold-eyed fury in defence of her colleagues.

When Julia Gillard was PM I received some bizarre tweets calling the never-married Gillard a whore and a home-wrecker. Apparently this was because she’d once had a relationship with a married man.

I have never understood why the woman who gets involved with a married man comes in for so much more vitriol than he does, especially if she is single. After all, she made no vows, she did not promise before God or the law to cleave only to anyone. He did. He is the betrayer, the faithless one, the breaker of promises. Yet we save special condemnation for her.

This seems even more unfair when you consider the usual power imbalance between an often older and more senior man and the younger employee with whom he becomes involved. Even when the participants in a workplace relationship are both single, it is usually the woman who must give up her job.

When the power balance is more equal and both are married, it is still the woman’s career and reputation that disproportionately suffers. It was Cheryl Kernot whose career came crashing down when her relationship with Gareth Evans was outed. At least both the careers of Barnaby Joyce and his new partner have suffered this time, though Mr Joyce was only finally convinced to resign because of unrelated sexual harassment allegations.

Senator Cash, like many women, particularly conservative ones, has decided to align herself with the powerful (AKA men). The trouble is that the power is shifting faster than even an old feminist like me thought possible.

Women are demanding respect in ways they never have before and – even more importantly – are holding those who reveal their sexism and misogyny to account.

I wonder how many of our politicians, including ex-ministers for women, are yet to catch up?