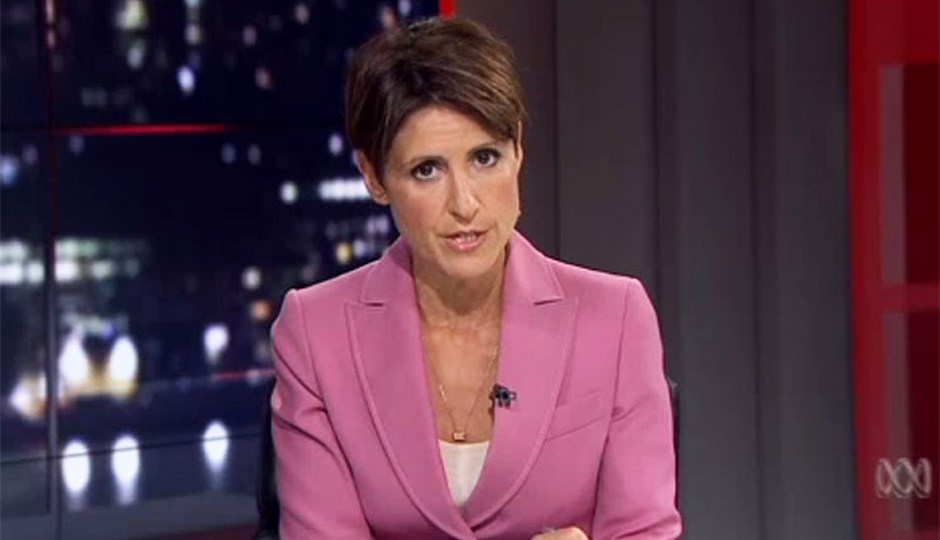 After a bitter dispute, Emma Alberici has succeeded in getting the ABC to repost her ‘analysis’ of the Turnbull government’s tax cut plans with the help of lawyers, The New Daily can reveal.

ABC sources told The New Daily that lawyers were involved as the former Lateline presenter, now the ABC’s chief economics correspondent, fought for her credibility, reputation and career.

ABC News director Gaven Morris had ordered her critical article on the claimed wage flow-on benefits of corporate tax cuts to be removed from the ABC website last Friday.

Changes to an associated news article and the removal of the original column were entirely due to concerns about Ms Alberici’s compliance with ABC editorial policies that differentiate analysis from opinion, Mr Morris has said.

Significantly an agreed form of words on the re-posted and clearly
marked “analysis” piece – which was reportedly negotiated by the ABC’s lawyers with Ms Alberici’s lawyers – said: “Editor’s note: This analysis has been revised and updated by our chief economics correspondent. Passages that could be interpreted as opinion have been removed.

“Our editorial processes have also been reviewed.”

The statement reaffirming “respect” for Ms Alberici was believed to have
been agreed following the journalist’s distress that she had been “thrown
under a bus” by ABC management which removed the article initially without explanation.

Only after publicity did the ABC explain that the article was withdrawn for editorial compliance reasons.

The article has now been updated to coincide with the Prime Minister’s arrival in Washington for talks with President Donald Trump, who recently persuaded Congress to lower corporate tax rates with a similar debate raging in the US about alleged employee benefits.

My analysis of the case for business tax cuts is back up. I hope it enlivens public debate https://t.co/2E3sIP5iP6

The latest Alberici analysis more forcefully questions the claims made by Mr Morrison that by lowering the Australian corporate tax rate from 30 per cent to 25 per cent there would be a direct flow-on to wage growth.

Wage growth has been flatlining in recent years as company profits have been at historic highs.

The tax cuts here are assessed to cost the budget $65 billion in lost revenue over 10 years, but with a beneficial stimulatory effect on
investment and economic growth which is currently sluggish.

The tax cuts are said to be affordable even though the budget is in deficit and that tax cuts would not threaten Australia’s hard-earned AAA credit rating.

The Prime Minister has said the Coalition is prepared to make lowering the corporate tax rate a major issue for the next election.

He claims tax rates competitive with other trading countries would lead to enhanced investment in Australia, along with greater productivity and consequential higher demand for labour, forcing up wages throughout the economy.

“Cutting the company tax rate … doesn’t result in a higher after-tax return on investment to Australian shareholders in Australian
businesses,” she wrote.

Ms Alberici writes that in the US, Mr Turnbull would find a country with close to full employment and rising wages. But this had been achieved ahead of President Trump’s tax cut, “showing there is a lot more to jobs and growth than the corporate tax rate”.

How Emma Alberici stared down the ABC on controversial article