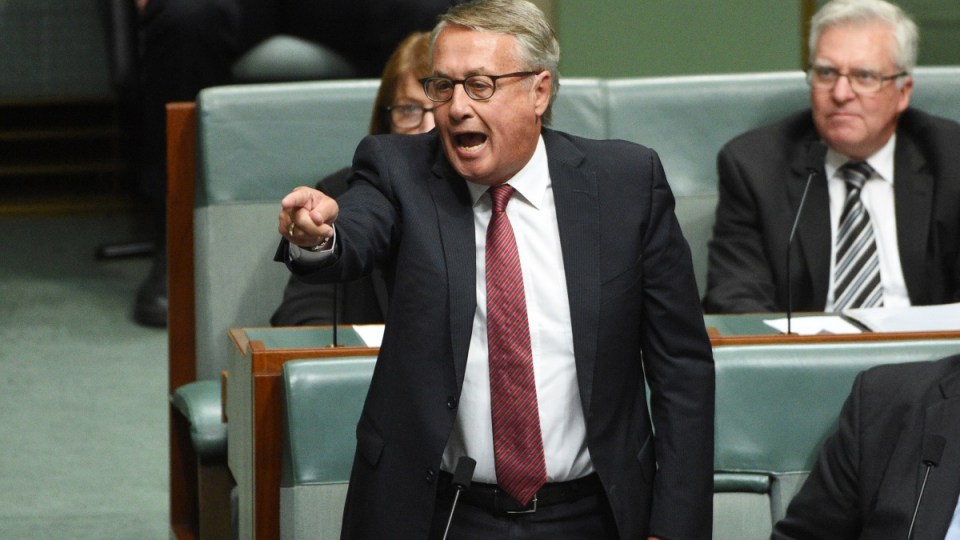 Vested interests have an even tighter grip on Australia’s political and economic life now than at the height of the mining tax debate, retiring Labor MP Wayne Swan has warned.

He said the situation had worsened since he wrote an incendiary 2012 essay for The Monthly, which railed against the “poison of vested interests” and set off a bruising public war between the then-treasurer and mining magnates Gina Rinehart, Andrew “Twiggy” Forrest and Clive Palmer.

Mr Swan’s warning comes amid an increasingly fierce political debate over the Turnbull government’s plans to lower the corporate tax rate to 25 per cent, and as corporate leaders including the Business Council, Lachlan Murdoch, Mr Forrest, Kerry Stokes and Anthony Pratt jet off with Malcolm Turnbull to make the case for Australia to follow the Trump administration by slashing business taxes.

Mr Swan, who will bow out of politics at the next election, said those arguing for a reduction in the corporate rate – which this month also included the heads of Qantas and BHP – were blinded by their own wealth.

“Twiggy and the other corporate leaders who are advocating this corporate tax cut are just suffering from a blindness of affluence,” Mr Swan told The New Daily in an interview in his parliamentary office.

He said they were unable to “understand why there is such public revulsion at their continuing advocacy, putting their self-interest ahead of the national interest”.

Mr Swan argued the power of vested interests was at an all-time high because “it’s been sanctioned and approved by a new Liberal government”.

“It lies at the very core of their proposition that they could have an unfunded $65 billion tax cut on despite campaigning against deficit and debt,” he said.

“The truth is the economic evidence for a sizeable tax cut is flimsy at best. The linkage to jobs and growth that they claim is wrong. If you look at this issue throughout history, whether it was during the period of [Ronald] Reagan or what’s occurred later, tax cuts have by and large gone into share buybacks and CEO pay.

“The underlying factor that drives investment is demand, which they’re in continual denial about.”

The government argues its tax plan will stimulate investment and is vital to keeping Australia’s economy competitive following US President Donald Trump’s decision to slash corporate taxes in America.

Asked whether Labor should reverse tax cuts that were last year handed to companies with a turnover of $50 million, worth about $30 billion to the budget, Mr Swan said it would be “very difficult” to wind them back but declined to be drawn further.

“I’m not going to buy into it,” he said, adding he would “leave the future of tax policy to our frontbench”.

He laughed off suggestions Labor had embraced Jeremy Corbyn-style economic policies, and called for businesspeople who oversee tax cheating companies to be stripped of their Australia Day honours.

He was also unfazed by increasingly aggressive rhetoric against Labor’s economic plans, including Opposition Leader Bill Shorten being likened to Mr Corbyn on the front page of The Australian.

“The Australian has been campaigning vigorously against the Labor Party and has basically been a broadsheet for the Liberal Party for the last half a dozen years,” he said.

Mr Swan also revealed he was in the process of writing an updated version of his The Monthly essay.