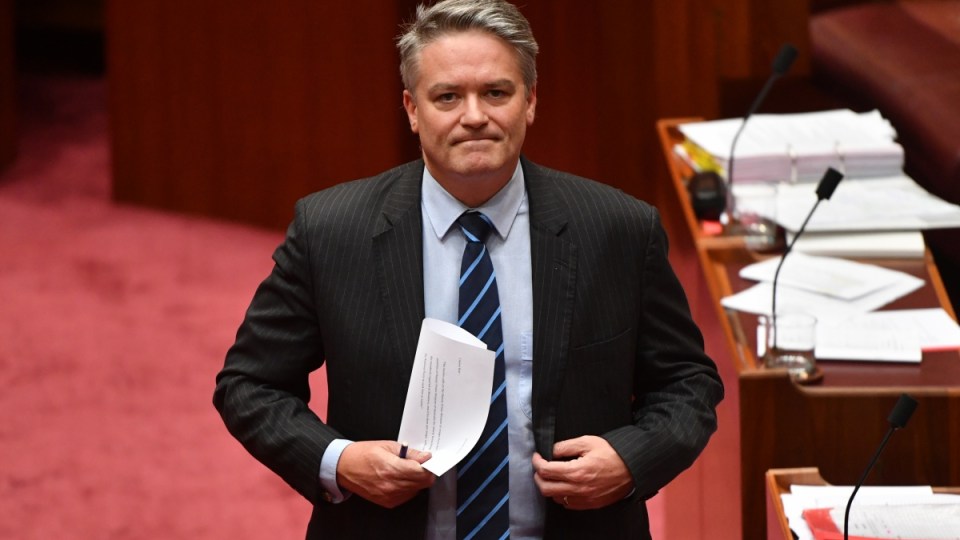 Mathias Cormann will need to cut some deals to get crossbenchers onside. Photo: AAP

In 1994, a wide-eyed Belgian 23-year-old named Mathias Cormann ventured to Australia to pursue an Australian woman he met while learning English in Britain.

The relationship ended but his love affair with Australia endured.

“I will just be the Prime Minister’s representative on the ground in Australia.”

Australia’s Deputy Prime Minister, Barnaby Joyce, would have been automatically appointed to the role, but he has taken a week of leave amid the scandal of his affair with a staffer.

Liberal MP Craig Kelly says he is confident Senator Cormann will do a “very good job” and “lend a safe pair of hands” during the PM’s absence.

“It’s simply a caretaker role when the Prime Minister is out of the country so he’s not going to go and change any policies or do anything radical or have big parties at the Lodge while the PM’s out of town,” Mr Kelly says jokingly.

The recently appointed Senate leader is a hard worker who comes from humble beginnings.

As a youngster, Senator Cormann helped his mother look after three younger sisters while his father struggled with alcoholism. His father once spent six months in hospital battling a life-threatening illness, according to profiles of the Acting PM.

He is the fourth senator to act as prime minister since federation and most likely the first to be fluent in German, Flemish and French.

Up until his early 20s, Senator Cormann spoke no English. He mastered the new tongue while studying law in Belgium.

He formally migrated to Australia in 1996, a country his family and friends had never visited. After realising his law qualification was not recognised for practice in Perth, he chose a career in politics.

Senator Cormann began as a volunteer for the Liberal Party in 1996 and successfully progressed through the political party ranks ­­– appointed senator for Western Australia in 2007, Finance Minister in 2013 and adding Special Minister of State to his portfolio in 2016.

He was praised by independents in 2017 for helping secure a tax cut for companies with turnovers up to $50 million.

And in 2018, he was presented with the Grand Cross of the Order of Merit – one of the highest achievement awards in Germany – for advancing German-Australian ties.

In his maiden speech to Parliament, Senator Cormann spoke of “an effective federal system of government” that “helps ensure that governments remain close to the people”.

“We all come to this place with a commitment to make a positive difference. Other than our energy and our enthusiasm, we bring to the table our background, our experiences and our values,” he told the upper house in 2007.