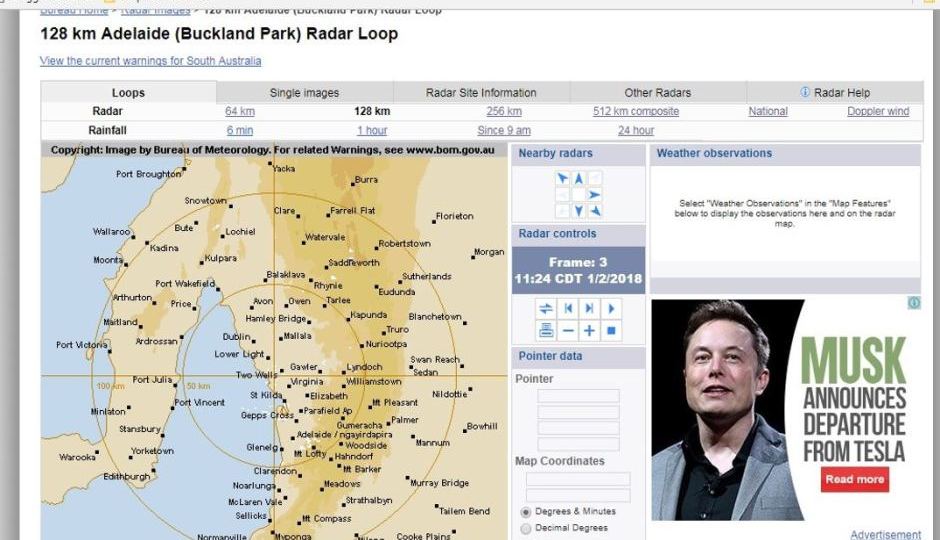 BOM says it was "unacceptable" that the scam ads were allowed on their site. Photo: ABC

Advertisements for scam pages have appeared on the Bureau of Meteorology (BOM) website.

The ads appeared in January and February this year, and took users to a fake CNN news story about Bitcoin.

The page looks exactly like the CNN tech website and contains the byline of a CNN reporter.

The fake story about a new Bitcoin start up run by Elon Musk encouraged readers to click on links that connected to websites known to be Bitcoin scams.

BOM said the adverts were “unacceptable” and suspended the third party company that provided them, after being contacted by the ABC late last week.

“There are numerous filters in place, both automated and manual. Clearly they have not been effective enough in this instance,” it said in a statement.

A spokesperson said the offending advertisements were a relatively small portion of what appeared on its website.

“On the days they appeared, they comprised about 0.006 per cent of the more than 35 million ads presented on the bureau website,” the spokesperson said.

“It is still unacceptable and the bureau sincerely apologises that this was allowed to happen.”

The bureau is one of the only publicly owned agencies to allow advertising on its website.

The advertisements began nearly five years ago and provides extra income in addition to its taxpayer funding.