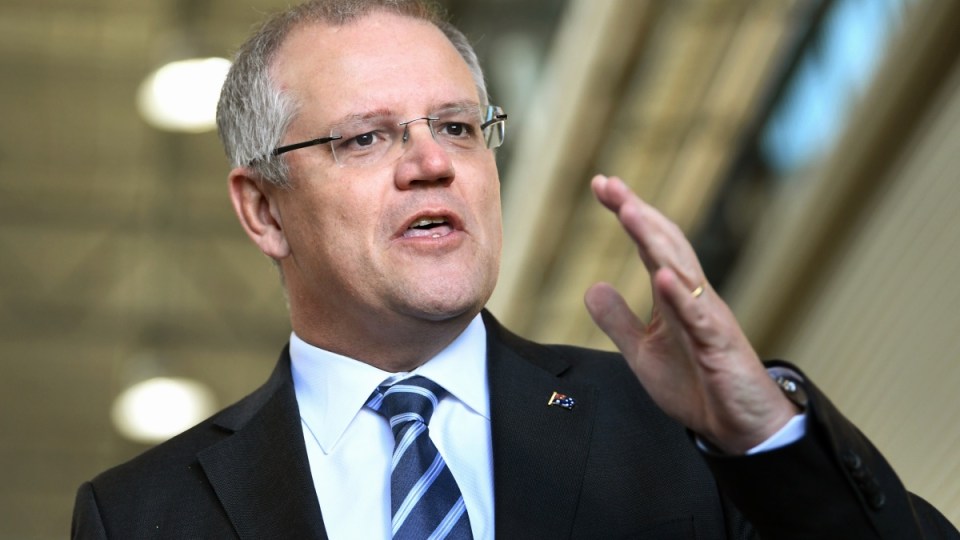 Scott Morrison is right behind the PM when it comes to sex in ministerial offices. Photo: AAP

Malcolm Turnbull has been courageous in calling out a longstanding political culture with his ban on ministers having sex with their staff, one of his most senior colleagues believes.

Treasurer Scott Morrison said it should be common sense but updating the ministerial code of conduct was good professional practice and followed similar moves from the AFL and corporate Australia.

The prime minister made the move on Thursday, after the government spent more than a week engulfed in the fallout from Deputy Prime Minister Barnaby Joyce’s extra-marital affair with his former media advisor, Vikki Campion.

“I’m happy to have a prime minister who’s been prepared to call out a political culture in this country that has been going on for decades, if not generations,” Mr Morrison told ABC TV on Sunday.

He said it was known that affairs went on but people would turn a blind eye, saying it couldn’t be policed or that private was private.

“Well, I’m sorry – if you sleep with your staff, it’s not private anymore. It’s public because you’re a minister in a position of responsibility and power over those who work for you,” he said.

“This is not moral police. It doesn’t matter if you’re married or single. You shouldn’t sleep with your staff. It’s a bad practice.

“It’s not conducive to the good running of your office and the performance of your duties.”

Labor has been cagey on whether it would keep the sex ban in the ministerial code if it won office.

Opposition frontbencher Richard Marles said he agreed in principle that ministers should not be sleeping with their staff.

“But I think what should be the appropriate policies that are put in place ought to be the subject of a proper discussion and not done in a knee-jerk reaction to provide a smoke-screen against the fact that there’s a crisis at the top of the government,” he told Sky News.

He said Labor had advocated over decades for greater workforce participation for women and a key part of that was making sure workplaces were free of harassment and unwanted sexual advances.