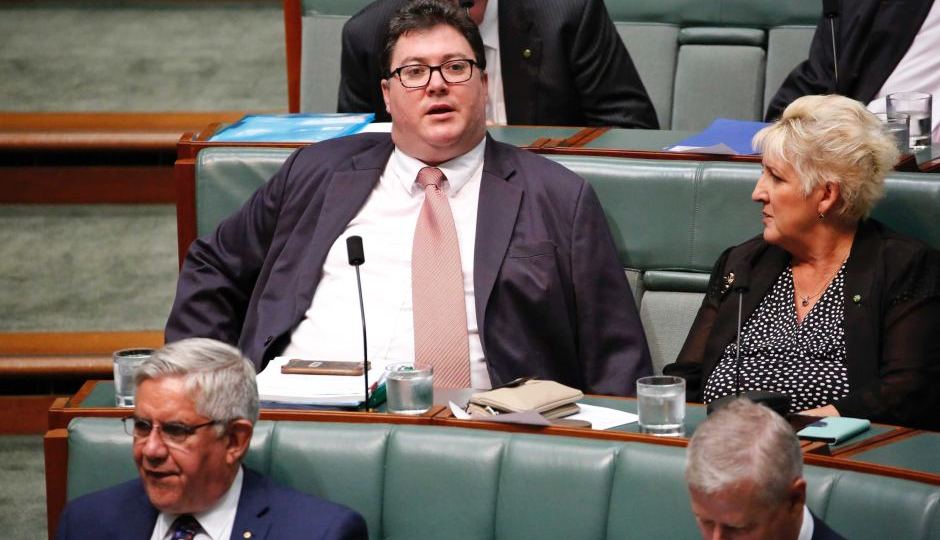 Federal Greens leader Richard Di Natale and an environmental activist have referred the photo, accompanied by the comment, “you gotta ask yourself, do you feel lucky, greenie punks?”, to the Australian Federal Police.

“I think we agree on that [it’s inappropriate] and he’s taken it down,” he told 3AW radio on Monday morning.

Saturday’s post drew widespread attention and the Queensland Nationals MP was accused of being insensitive after last week’s high school shooting in the United States.

Queensland Police cleared Mr Christensen of any wrongdoing, but the ABC reported that the AFP is still considering whether to investigate the maverick MP over the post.

It comes just days after the deadly shooting at a Florida high school in the US, which claimed the lives of 14 students and three teachers.

On Saturday, Mr Christensen posted a photo to Facebook of himself with a rifle at a Mackay shooting range, along with the caption “shooting is a great sport”.

“Shooters don’t deserve to be demonised like they are by the media and the Left – gun owners aren’t criminals,” Mr Christensen wrote.

In the comment section of the post, Mr Christensen uploaded a second photo of himself aiming a handgun, along with the caption: “You gotta ask yourself, do you feel lucky, greenie punks?”

The comment was later edited to read: “You gotta ask yourself, do you have a sense of humour, greenie punks?”

A statement from Queensland Police said it was made aware of the photograph, and that no offence had been committed.

A statement from the Queensland Police Service regarding a photograph depicting a firearm that has been circulating on social media today. pic.twitter.com/ALrMpkPyIg

Mr Pennings said Mr Christensen was an “appalling example to his constituents” and “should be ashamed of himself”.

The Stop Adani campaigner said he had added Mr Christensen’s post to a complaint he filed with Queensland police on Thursday, after receiving abuse and death threats online.

Greens senator Sarah Hanson-Young criticised Mr Christensen, saying his behaviour was particularly inappropriate in a time of mass shootings and called him a “dangerous idiot”.

“A Member of Parliament inciting violence against a group of voters should be a sackable offence,” Senator Hanson-Young wrote on Twitter.

“If the leader of the Nationals had any class he’d sack him.”

The ABC has contacted Mr Christensen for further comment.