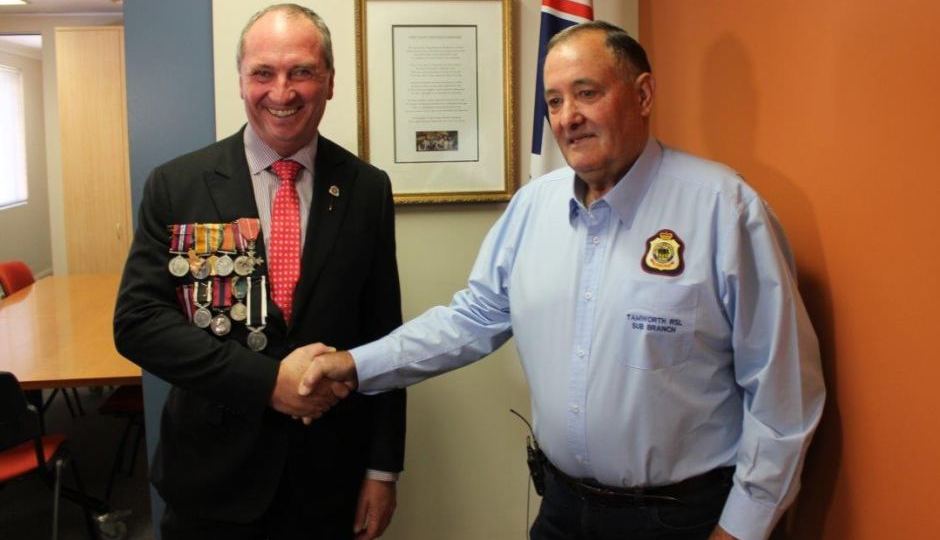 The office of Deputy Prime Minister Barnaby Joyce has corrected his years of military service, after the ABC pointed out discrepancies between his official biography and his Australian Defence Force record.

Mr Joyce’s office initially advised the parliament he was in the Royal Queensland Regiment of the Army Reserve from 1995 to 2003.

These dates appeared on his official biography on the Parliament House website for 12 years.

But Mr Joyce only served from 1996 to 2001, according to his official military service record obtained by the ABC.

It states his service in the Army Reserves was four years and 10 months.

Mr Joyce’s office has confirmed he only served from 1996 to 2001, and requested a change be made to his official biography after being contacted by the ABC last night.

It is understood Mr Joyce provided the initial information to the parliament when he was elected in 2004.

The parliamentary library says that information is always provided by the members and senators when they are elected, and it does not do any independent research to verify it.

Mr Joyce’s office has been contacted about how that error was made, but is yet to respond.

“Mr Joyce has always said he served five years in the Reserve,” a spokesperson said.

Mr Joyce’s military service in the Army Reserve commenced in 1996 and concluded in 2001, as the official record shows and as his signed RSL membership shows.”

Last year, he was sworn into the Tamworth RSL sub-branch and wore his father’s and grandfathers’ medals for the occasion.

Around the same time, the dates in his official biography changed from 1995–2003 to 1997–2003, which his office blames on an “editorial error” made by the parliamentary library.

“The initial search has shown that the editors of the Parliamentary Handbook appeared to be responsible for the error relating to the period [last year],” Mr Joyce’s spokesperson said.

The parliamentary library has confirmed that was an error made compiling the biography.