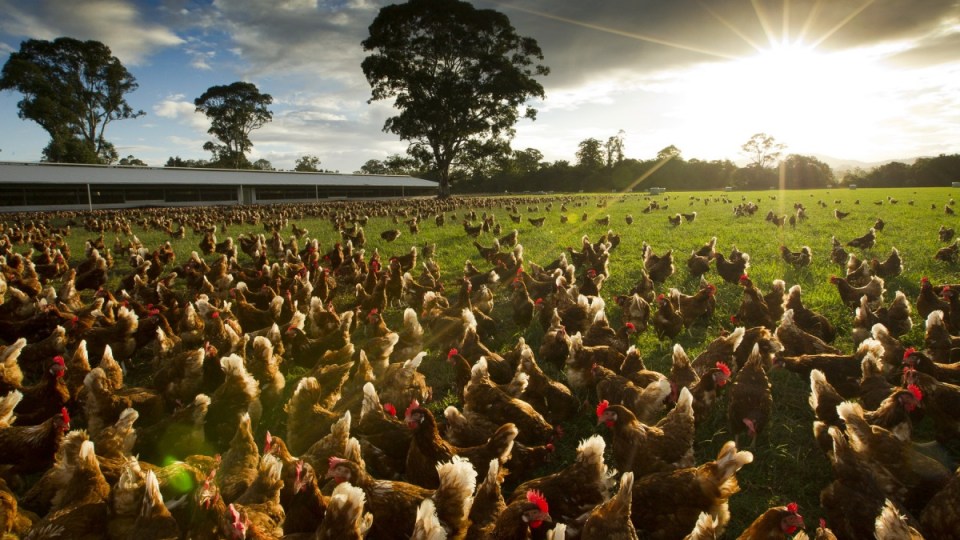 This is what 2500 chickens per hectare looks like – the new standard allows 10,000. Photo: Manning Valley Eggs

A new national standard will redefine the meaning of free range eggs, but a leading consumer advocacy group says it has “failed consumers” and left chickens “cramped” in cruel conditions.

The consumer watchdog announced on Tuesday its guidelines for the Australian government’s national standard for “free range” labels on egg cartons – due to come into effect from April 26.

The Australian Competition and Consumer Commission (ACCC) outlined that egg producers who want to use the term ‘free range’ on their packaging must provide chickens “meaningful and regular access to an outdoor range” where they are able to roam and forage.

They are also required to maintain a maximum outdoor stocking density of 10,000 hens per hectare, displaying the stocking figure on packaging.

However, it does not specify a blanket requirement for indoor stocking density standards.

An ACCC spokesman told The New Daily there is no current legal standard to describe stocking density for free range egg-laying hens.

But much higher standards have previously been raised by the CSIRO – a ‘gold standard’ of no more than 1500 hens per hectare.

“The new standard has failed consumers by locking in a definition of ‘free range’ that doesn’t meet their expectations,” CHOICE’s Tom Godfrey told The New Daily.

“The sad fact is that there will still be plenty of eggs labelled free range that come from hens kept in cramped conditions, with no requirement for them to ever go outside.

“CHOICE believes the CSIRO’s Model Code is a much better reflection of what consumers believe ‘free range’ means.”

How the new standard compares to the CSIRO’s recommendations 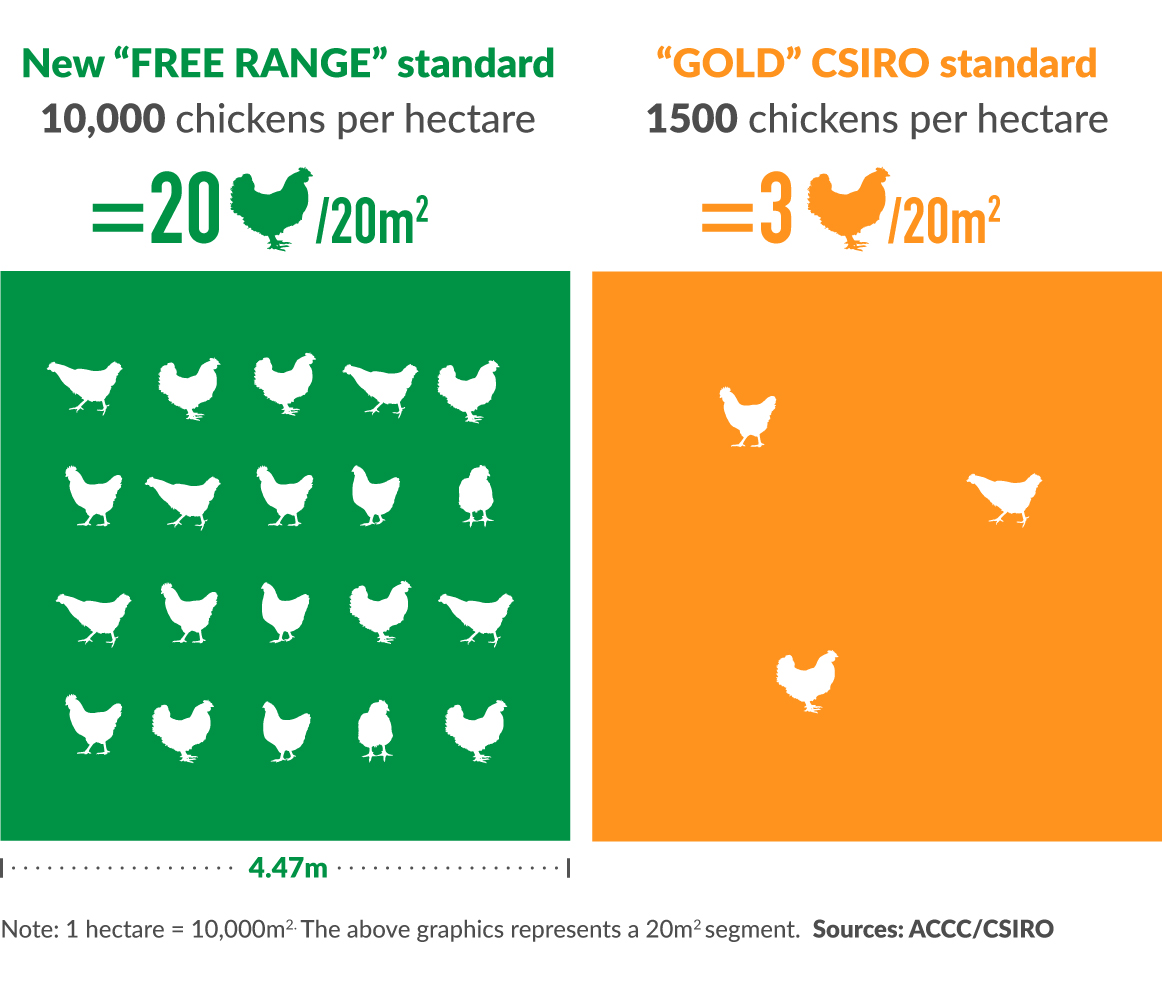 Mr Godfrey urged consumers to use its free app CluckAR which allows shoppers to scan egg cartons to determine whether they meet the CSIRO ‘gold standard’.

Brands to be more transparent about stocking density

Australians eat 13 million eggs every day, with more than 65 per cent opting for those labelled “free range” despite being sold at a premium.

Both Coles- and Woolworths-branded eggs have a maximum outdoor stocking density of 10,000 hens per hectare – the absolute maximum standard.

Manning Valley Eggs told The New Daily its stocking densities are 2500, while McLean’s Run are 1500.

CHOICE compiled a guide in August listing all egg brands and their corresponding stocking densities.

Food retailing expert Dr Gary Mortimer explained that caged eggs refer to those produced by “birds confined to steel cages”, which are the cheapest to produce and buy as farmers can maximise production with limited space.

Meanwhile, barn-laid eggs production methods are very similar to that of caged eggs but are enclosed in a very large, industrial-style covered shed, he said.

“I would imagine many reasonable consumers with animal welfare concerns would question setting a [free range] maximum of 10,000 birds per hectare,” Dr Mortimer said.

“[But] if the ACCC were to set a maximum at 1500 birds per hectare, the cost of production would skyrocket, demand would fall, egg production would become unviable and existing farmers would struggle to find available land.

“Those increased production costs would then filter down to shoppers, ultimately pushing them towards the cheaper caged-egg alternatives.”

Egg Farmers of Australia chief John Dunn welcomed the new free range guidelines as “a win for consumers, a win for farmers and a win for common sense”.

“Whilst no free range farm is the same, the finalisation of this standard establishes a clear benchmark for free range egg production – if you’re going to sell your eggs as free range, then you’ll have to make sure you give your flock the opportunity to go for a wander outside if they want to.”

ACCC chairman Rod Sims said the consumer watchdog would monitor the market to ensure free range claims are factual and take action against those that aren’t.