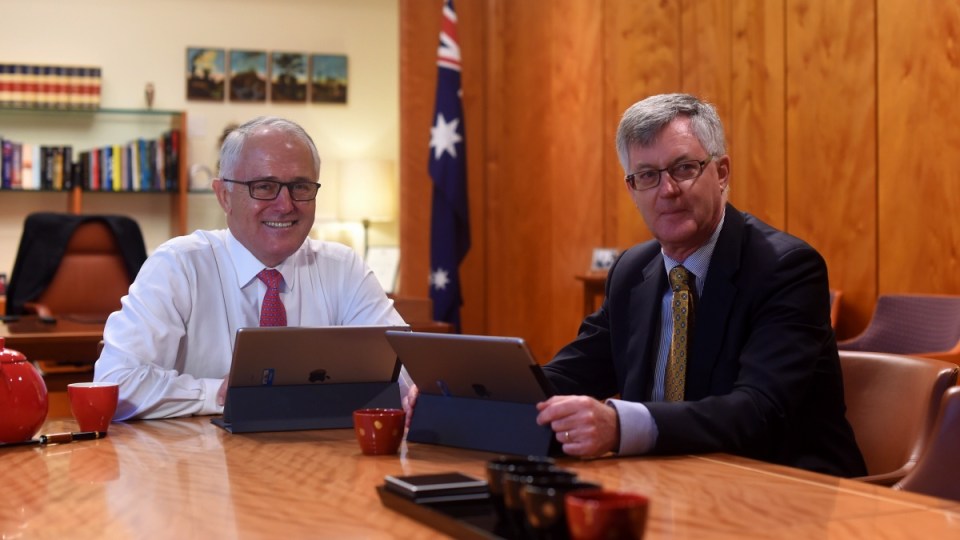 Prime Minister Malcolm Turnbull with Martin Parkinson, who admits the department he oversees is responsible for the security breach. Photo: AAP

Prime Minister Malcolm Turnbull says public servants should be sacked in the wake of The Cabinet Files security breach, which he has described as “a shocking failure”.

Hundreds of classified documents obtained by the ABC have been secured by ASIO after it was revealed the papers were found in two filing cabinets purchased at an ex-government furniture sale.

The head of the Department of the Prime Minister and Cabinet, Martin Parkinson, has confessed his agency lost the files.

In a statement, Mr Parkinson said the breach cast a poor light on his department and would have implications for the entire public service.

Mr Turnbull told Insiders on Sunday morning that senior public servants responsible for the breach should lose their jobs.

“This is a disgraceful, almost unbelievable act of negligence,” Mr Turnbull said.

“The idea that public servants trusted with highly confidential documents would put them in a safe, lock the safe, lose the keys and then sell the safe without checking what was in it beggars belief.

“If you put it in an episode of Utopia or something like that, I imagine the editor would say, ‘no that stretches credulity, take it out’.”

The ABC has been told the security blunder has been the subject of “chatter” among the Five Eyes partners, which include the United States, United Kingdom, Canada and New Zealand.

Australia has since moved to reassure its allies that their secrets are safe after the breach.

The Australian Federal Police is investigating how and when the classified documents were lost by the department.

“We want to see those responsible for this negligence identified and dealt with appropriately,” Mr Turnbull said.

The documents were returned to the government after a deal was struck that protected the ABC’s source.

Malcolm Turnbull: Heads must roll after the Cabinet Files debacle