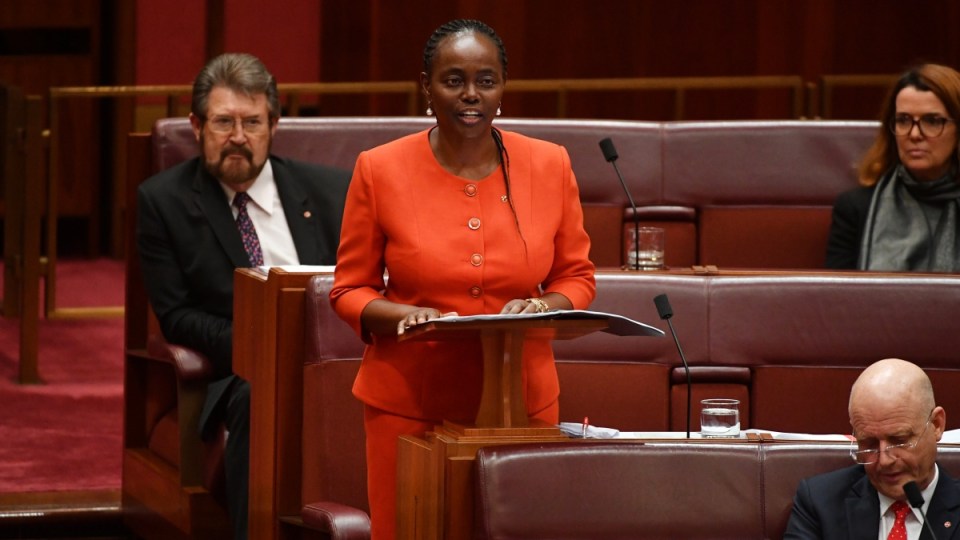 Senator Gichuhi says she is a 'liberal at the core' and values 'freedom, choice and religion'. Photo: AAP

Crossbench senator Lucy Gichuhi has defected to the Liberal Party in a move that will boost the Federal Government’s fortunes in the Senate, restoring its voting bloc to 30.

Senator Gichuhi has a history of voting with the Coalition in the Senate, although her move reduced the number of crossbenchers the Government needs to negotiate with during tight votes.

“Those values — freedom, enterprise, getting ahead, opportunity — they are liberal values and you embody them,” he said.

Mr Turnbull described the Kenyan-born senator as an “inspiration”.

“Her story is a remarkable tale of perseverance, selfless sacrifice for family and achievement over adversity,” he said in a statement.

“She chose to come to Australia because she knew it was the best country in the world to realise her dream, and now she is in the Australian Senate working to ensure that Australia remains a land of opportunity.

“She is a true Australian success story and we are honoured that she has chosen to join the Liberal Party.”

Senator Gichuhi said she was a liberal at the core and valued “freedom, conscience, choice and religion”.

“I didn’t discover that until I did my maiden speech and I thought, wow, I can’t believe how liberal I am at the core,” she said.

“And I think that really enables me to serve South Australians.”

She said that after witnessing the strengths and weaknesses of every political party, she chose the one closest to her own values.

“The process has led me to the conclusion that the Liberal Party is the closest in its core foundational values and principles to those that I aspire to in my own life,” she said.

She has been voting as an independent senator since Family First was absorbed into former Liberal senator Cory Bernardi’s new party, Australian Conservatives.

Her defection to the Liberal Party restores the Coalition’s numbers in the Upper House after Senator Bernardi’s defection.

It is welcome news for the Turnbull Government before the return of Federal Parliament on Monday.