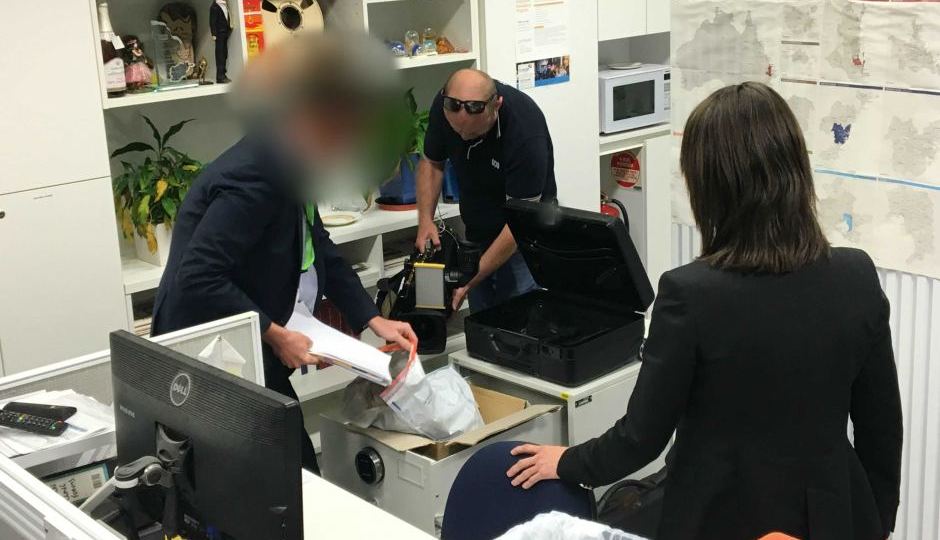 Thousands of pages of documents, some marked "top secret", were in the sold-off filing cabinets. Photo: ABC

ASIO officers have taken custody of a cache of cabinet documents obtained by the ABC after they were left in a filing cabinet.

The documents revealed a myriad of secret cabinet deliberations and national security positions over several governments.

They were obtained by the ABC after being found in a locked filing cabinet sold at an auction of ex-government furniture in Canberra.

The ABC and the Department of Prime Minister and Cabinet reached an agreement on the return of the documents.

Officers from ASIO, the domestic intelligence agency, retrieved papers in Canberra, Melbourne and Brisbane on Thursday night, where they had temporarily been stored in safes on ABC premises.

The ABC released a statement in parallel with the Department of Prime Minister and Cabinet about the return of the documents.

“The ABC and the Department of Prime Minister and Cabinet have agreed on the securing of and the return of the documents which were the subject of the ABC’s Cabinet Files reporting to the Commonwealth,” the ABC said.

“This has been achieved without compromising the ABC’s priority of protecting the integrity of its source and its reporting, while acknowledging the Commonwealth’s national security interests.”

What was in the files?

The Cabinet Files is one of the biggest breaches of cabinet security in Australian history.

Thousands of pages of documents, some marked “top secret” and “AUSTEO” (for Australian Eyes Only), were contained in the sold-off filing cabinets.

Some of the revelations from the documents include:

The documents also detailed how other classified papers had been lost or misplaced.

The Department of Prime Minister and Cabinet is investigating how the egregious breach of security occurred.

That does not satisfy independent federal MP and former intelligence analyst Andrew Wilkie.

“It’s not good enough that the department that might be responsible for the blunder is now investigating itself,” he said.

“We need an independent investigation to look at this systemically.”

The ABC understands there has been “chatter” amongst Australia’s Five-Eyes intelligence partners — the US, UK, Canada and New Zealand — about the security breach.

“It sends a signal to our intelligence partners and allies that Australia might not be trustworthy when it comes to sharing information and intelligence with us,” said Mr Wilkie.

Labor frontbencher Chris Bowen described the circumstances as “comic, but yet unbelievably serious”.

“This is a blunder of massive proportions.”