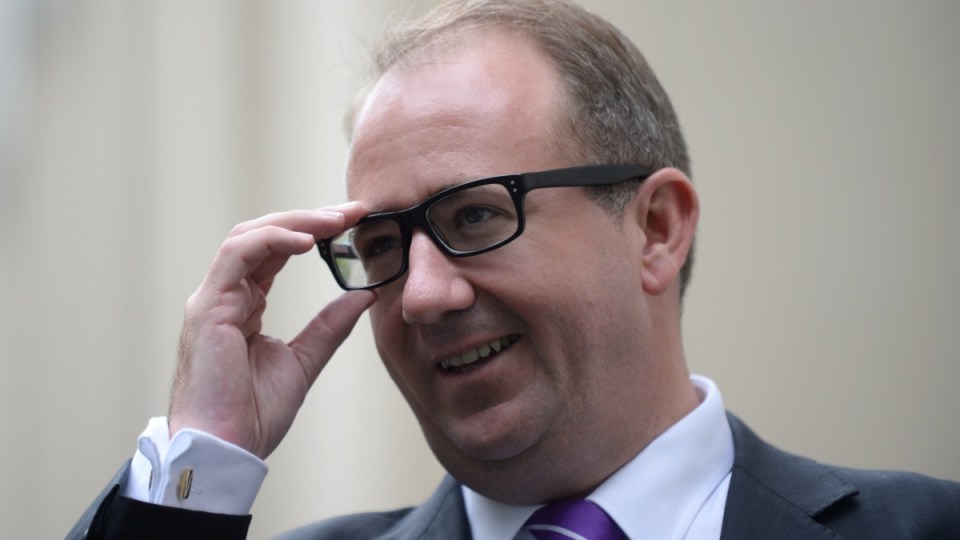 Labor backbencher David Feeney has resigned from Parliament over dual citizenship, sparking a byelection in the marginal Melbourne seat of Batman.

The High Court had asked Mr Feeney, the member for the marginal Victorian seat of Batman, to produce documents by Thursday showing he had renounced his British and Irish citizenship.

But Mr Feeney told reporters in Melbourne on Thursday afternoon he had been unable to find sufficient evidence that proved he had renounced his British citizenship which he thought had been registered 10 years ago.

“With respect to my British renunciation … I have taken legal advice indicating that the material that has been located to date is insufficient to satisfy the High Court that I did, indeed, renounce my rights 10 years ago,” Mr Feeney told reporters.

“I am unable to disprove that I am a dual citizen. On this basis, having regard for my duty under section 44 of the Constitution, I have today written to the Speaker of the House of Representatives resigning as an MP effective immediately.”

Mr Feeney confirmed that he would not recontest the seat.

“This has been an incredibly difficult decision, but both my community and the Labor Party I love deserve a candidate that is able to give the months and the years ahead 150 per cent of their effort, their commitment and their passion,” Mr Feeney said.

“After careful reflection, I don’t believe I’m able to offer this.”

The seat of Batman, once a Labor stronghold, will be a difficult one to hold for the party.

There was a 9.5 per cent swing to the Greens at the last federal election in Batman, cutting Labor’s margin to just 1 per cent, and with Greens candidate Alex Bathal securing a higher primary vote than Mr Feeney.

Mr Feeney was saved by Liberal Party preferences, however it is expected the government won’t run a candidate in the by-election, making Labor’s chances even more difficult.

Ms Bathal has already been selected as the Greens candidate.

Prime Minister Malcolm Turnbull told reporters in Toowoomba the resignation was “long overdue” while Liberal frontbencher Christopher Pyne said it was a “day of complete humiliation for Bill Shorten”.

“I was shocked when David told me he was concerned he might have issues around citizenship renunciation,” Mr Shorten said in a statement.

“I asked him to find material that corroborated his explanation. As he has explained today, he has been unable to do so.

“This decision is the right one and spares the valuable time and resources of the High Court.

“For over a decade David has proudly represented his community and the Labor Party in both the House and Senate and we thank him for that today.”

Mr Feeney entered the Senate a decade ago but resigned to replace veteran Labor minister Martin Ferguson in Batman in 2013.

Asked about Labor’s chances, frontbencher Mark Dreyfus said: “Of course Labor can win this seat. It’s been a Labor seat for a very long time.”

One of the possible replacements being flagged for Mr Feeney is ACTU president Ged Kearney, who considered running for preselection in the seat in 2013.

The Greens have already selected Ms Bhathal, but she is reportedly the subject of an internal complaint from party members over her lack of support for local Greens councillors.