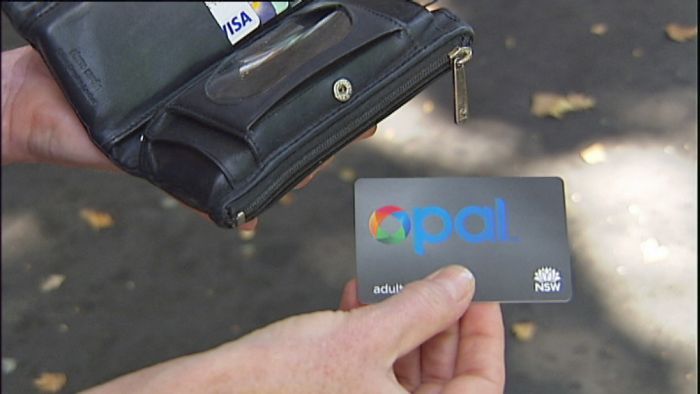 Opal and Myki among other smartcards will be superseded by credit card and app payments.

Three Australian states have confirmed trials of “contactless” credit card payments for public transport, while another two states are considering developing their own smartphone app as an alternative to smart cards.

Less than 10 years after smart cards were introduced to Australian public transport systems – including the $1.2 billion Opal (Sydney) and $1.5 billion Myki cards (Melbourne) – The New Daily can confirm that New South Wales, Queensland and Perth will begin trialling “contactless payments”.

This would involve travellers using their debit or credit cards to tap ‘on’ or ‘off’ trains, trams, buses and ferries, using the same technology as PayWave or PayPass.

It is understood Victoria and Adelaide are also eyeing smartphone technology where public transport users would log in to an app and ‘scan in’ using their mobile phone, much like Amazon Go’s new checkout-free store.

“The future of public transport ticketing across Queensland’s TransLink network will add credit and debit card contactless payments,” a Translink spokesman said, with trials due to begin in 2018/19.

Meanwhile, Transport NSW introduced a contactless payment trial from July last year for a single ferry route between Manly and Circular Quay which a spokesman described as a “success”.

Victorian Premier Daniel Andrews told reporters in Melbourne on Sunday that smart cards were “all about ultimately being able to transition to a smart phone system”.

“Whether it’s a Fitbit or a handheld phone … the technology is becoming much more available so that you don’t need a [smart] card,” he said.

“[But] Myki cards will remain because … not everybody has got a smartphone.”

Former sustainable transport policy officer Gail Broadbent also flagged that there may always be a need for smart cards for children whose parents do not want them to have the responsibility of carrying a credit card or for the elderly who choose not to have a credit card.

The state government in Perth announced late last year it plans to replace all SmartRider smart card readers across its network, with smartphone and debit or credit card payment methods being investigated.

A South Australia Department of Transport spokeswoman told The New Daily it began an internal trial last year where employees tested a mobile app on select routes across the metro network.

“If a new ticketing system is introduced, it would operate concurrently with the existing metroCARD system,” she said.

London introduced contactless payments in 2014 and now about one in five journeys are paid for directly by credit cards, but has not yet completely phased out its Oyster smart card.

The contactless system calculates the total fare for the day based on when the user taps ‘on’ and ‘off’, with the amount billed to their account.

‘The way of the future’

Graham Currie, the director of the Public Transport Research Group at Monash University, said credit cards are being used as the “top technology” for many public transport networks around the world.

“This is very much the way of the future,” he told The New Daily.

“All cities should now be doing both [credit cards and smartphones].

“Financial communication technology has moved forward … it is so much more secure now which makes it feasible for use in our public transport systems.”

Public Transport Users Association (PTUA)’s Daniel Bowen said one benefit of this system is that it eliminates the need to wait in long queues to top up smart cards.

Professor Currie said existing smart card readers would need to be adjusted to ensure compatibility with credit cards or apps.

“I travel a lot and probably have 10 smart cards from different places. With credit cards, you don’t need to buy one in each city and renew them when they expire.”

Could this nationalise public transport in Australia?

Professor Currie said that in Holland, travellers use credit cards on public transport in multiple cities, making it a more streamlined national system.

“At one stage there was an effort to get the states to standardise, but unfortunately this didn’t happen as each state decided to go in their own direction [with smart cards],” Mr Bowen said.

When asked whether Australia is considering nationalising fare payments, Minister for Infrastructure and Transport Barnaby Joyce’s office told The New Daily it was “not aware of any plans” relating to new federal public transport initiatives.

Mr Bowen said the PTUA would support efforts towards a national approach to fare payments, just as tollroads in every state accept eTags from anywhere in Australia.