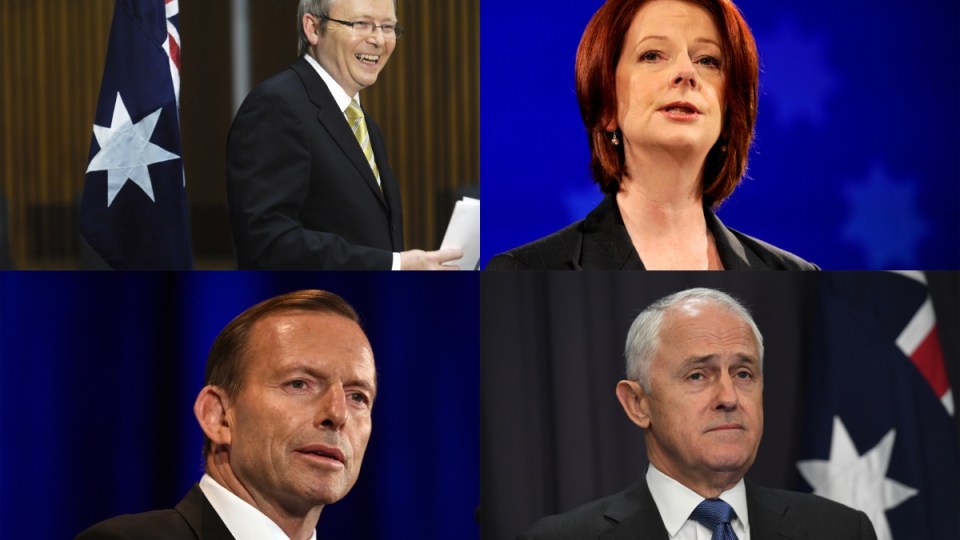 The Department of Prime Minister and Cabinet (PM&C) has ordered an urgent investigation into an unprecedented leak of hundreds of top-secret and highly classified cabinet documents.

PM&C secretary Martin Parkinson called for the inquiry less than an hour after the ABC revealed one of the biggest breaches of cabinet security in Australian history.

Some of the cabinet documents are classified as “top secret” or “AUSTEO”, which means they should be seen by Australian eyes only, and originate from five governments spanning six years.

Cabinet papers are usually not publicly released until 20 years after their production, but the ABC came across the documents – numbering in the hundreds – after they were discovered in two, locked, second-hand filing cabinets sold off at a Canberra auction house charged with selling ex-government furniture.

The loss of the documents, which had been through the national security committee of cabinet between 2008 and 2013, was uncovered in an audit by the Department of Prime Minister and Cabinet.

The papers also included a document that stated 195 top-secret codeword-protected and sensitive documents had been left in the office of former Labor government minister Penny Wong when Labor lost the 2013 election.

The documents which were left in the office – but not included in the old filing cabinets – included Middle East defence plans, national security briefs, Afghan war updates, intelligence on Australia’s neighbours and details of counter-terrorism operations.

Senator Wong said in a statement she had been unaware of the matter until the ABC report.

“As a former cabinet minister who participated in national security meetings, a senior member of shadow cabinet and a current member of the (parliamentary joint intelligence committee) I always take my responsibilities seriously,” she said.

It is understood the issue of the documents, held in a locked safe, was never raised with Senator Wong or her staff since the 2013 change in government.

In another paper, it was revealed former prime minister Tony Abbott ignored legal advice when he handed over cabinet documents to the insulation royal commission.

Peta Credlin, the former chief of staff to former prime minister Tony Abbott’s chief of staff, told Sky News the way the papers had been managed was “pretty devastating”.

The department of PM&C had in her experience been “very, very careful with documents”, she said.

“They [PM&C] routinely came to the prime minister’s office to chase up old cabinet papers that yet hadn’t made their way down to their offices outside of Parliament House,” Ms Credlin said.

Mr Parkinson said now the urgent investigation had begun, it would be inappropriate to comment further.

He did not say how long the investigation would take or who would be conducting it.

Health Minister Greg Hunt told media it was “entirely appropriate” that Mr Parkinson had ordered the immediate investigation into the breach, but would not be drawn on whether he felt it represented a threat to national security.

“I will leave that to the Secretary of Prime Minister and Cabinet, who has taken the steps as he should,” he said.

The extraordinary breach is expected to be raised next month when his department appears before a Senate estimates committee.