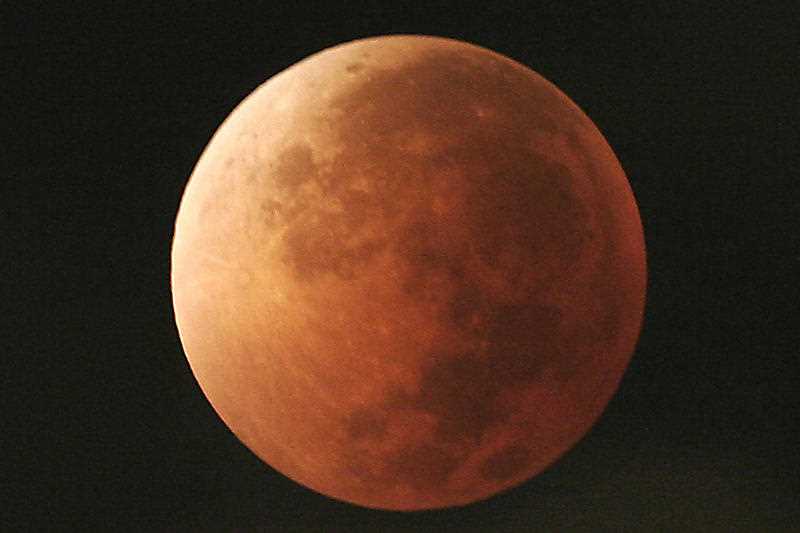 A super moon, blue moon and a lunar eclipse will not occur again until 2037. Photo: AP

The moon is selling out fast. As of Tuesday afternoon, the Sydney observatory had only one $40 ticket remaining. Scienceworks in Melbourne also has a $40 event for late on Wednesday night.

There’ll be talks and live music and a midnight view of a spectacular event that has not been seen in 150 years.

The super blue blood moon lunar eclipse is the short version. And it’s for everybody who cares to stay up.

If you don’t want to pay for the company of an expert, head west to the GDC observatory: it’s putting on a free event at an oval in Stirling, WA.

The Astronomical Society of Victoria is setting up six telescopes on the city’s Princes Bridge – one of them dedicated for cameras belonging to passers-by.

Is Perry Vlahos, the president of the society, concerned he’ll be overrun with demand?

“We can only do what we can do,” he says, characteristically sounding as if he is at one with the universe. But when The New Daily suggested that people seemed to be excited about the eclipse, he said: “Then they should put on their plastic underpants.”

That is to say Mr Vlahos is excited too.

A blue moon is the second full moon to fall within the same calendar month. A super moon is when the moon comes closest to the Earth in its orbit. The moon doesn’t travel in a circle around the Earth, but rather travels in an egg shape. Two or three times a year there is a closer meeting between the two bodies.

The star of the big night is the total lunar eclipse – and it’s all that matters to Mr Vlahos: seeing the Earth’s shadow, the curve of the planet edging itself on to the surface of the moon.

“We won’t be seeing four elephants standing on the back of a turtle.”

You won’t need a telescope to see the eclipse – although magnified it will be magnificent. Save for bad weather, people all over Australia will be able to see the beautiful and possibly spooky eclipse from their front yards or local park.

“Wherever you can get a clear view of the sky, at about 30 degrees,” said Mr Vlahos.

If you think of 90 degrees being straight up looming over your head, then 30 degrees is about a third of the way up from the horizon.

In a society website posting, Mr Vlahos advised that the eclipse will be most obvious from 10.48pm to 2.11am on Thursday. The eclipse will actually start earlier in the north-eastern sky just before 10pm, but little difference will be seen until about 11pm when the moon begins to move into the full shadow of the Earth. At this time, the bottom right edge of the moon’s disk will begin to darken.

The moon will become fully eclipsed from 11.51pm till 1.08am the next morning in Hobart, Melbourne and Sydney. It will then move out from the full shadow of the Earth and begin to brighten again.

Mr Vlahos said this will be the easiest lunar eclipse to see “for many years as it occurs during summer time when it’s warm and not in the wee hours of the morning”.

The weather is the big question.

When to view the total lunar eclipse:

(All times are given in local time.)