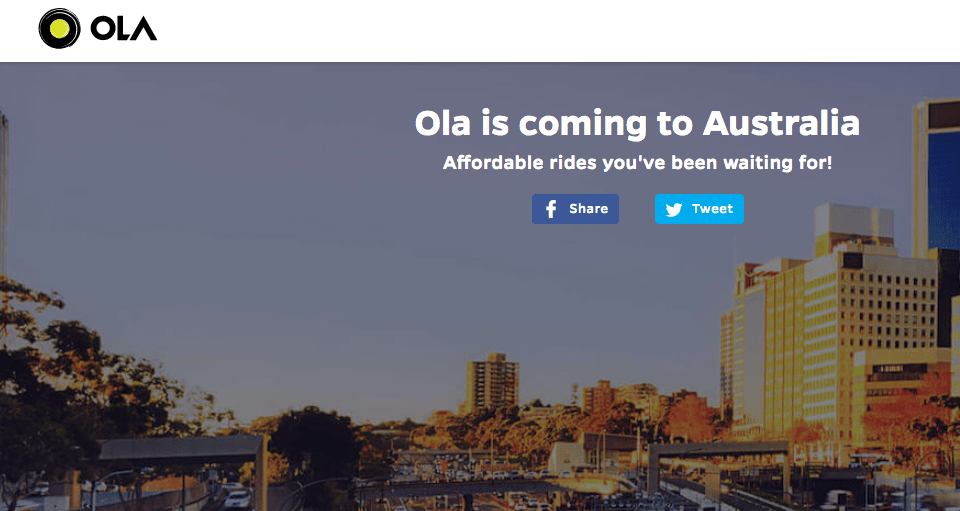 Indian ride-share giant Ola is coming to Australia in a move that could shake up Uber's popularity across Australian cities.

An Indian ride-sharing company with more than 125 million users is coming to Australia.

Ride-share platform Ola has more than one million driver-partners across more than 110 cities in India and is planning on launching in Australia early this year.

“We are very excited about launching Ola in Australia and see immense potential for the ride-sharing ecosystem which embraces new technology and innovation,” Ola co-founder and chief executive officer Bhavish Aggarwal said in a statement on Tuesday.

Founded in 2011, the company claims to serve as many as one billion riders annually and on Tuesday called for private car owners in Sydney, Melbourne and Perth to register an interest in becoming an Ola driver-partner.

“With a strong focus on driver-partners and the community at large, we aim to create a high-quality and affordable travel experience for citizens and look forward to contributing to a healthy mobility ecosystem in Australia,” Mr Aggarwal said.

Ola’s competitor Uber launched in Sydney in November 2012 and has spread its operations to 19 regional and capital cities across the country.