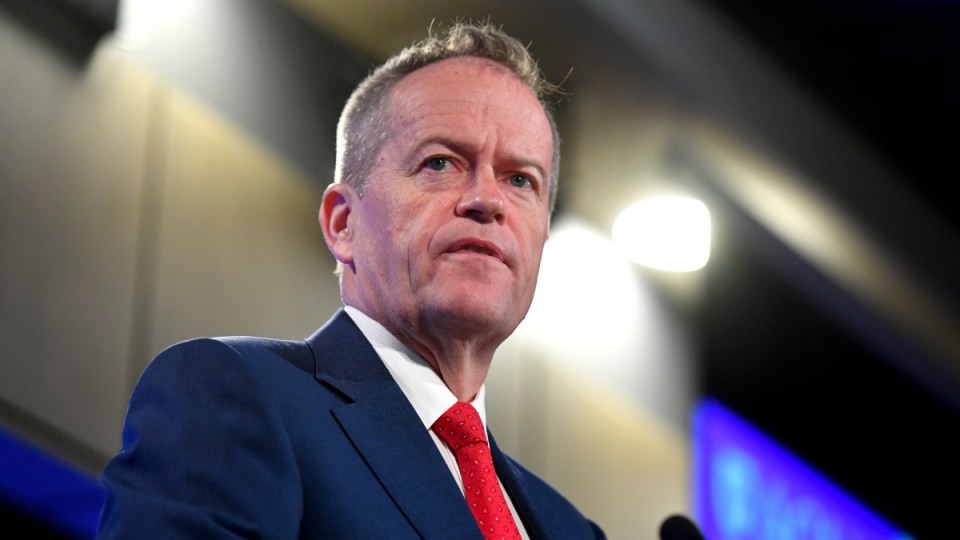 Opposition Leader Bill Shorten has thrown down the gauntlet to the Turnbull government on an federal anti-corruption body, promising Labor will establish a national integrity commission if it wins the next election.

Mr Shorten used a scene-setting speech at the National Press Club on Tuesday to reveal Labor’s new position, exclusively foreshadowed by The New Daily in October, arguing it would restore the public’s ailing confidence in Australia’s political system.

“We should treat this mission as seriously as we take national security,” he said.

“The most corrosive sentiment, awash in western democracies around the world, is the idea that politicians are only in it for themselves. It’s simply not true.”

It was now too easy for companies to terminate workplace agreements, he said.

“Now what happens at the end of every agreement is, even though the workers traded off conditions for pay rises, they’re presented with a pay cut unless they trade off more conditions,” he said.

“It’s like paying for your house every three years – it’s not fair.”

He also took a swipe at business, asking why big companies were “keeping workers’ wages low”.

The move to establish an anti-corruption body comes amid sustained calls for a federal equivalent of New South Wales’ ICAC and the similar watchdogs that exist around the country.

Under Labor’s model, which would be established within a year, one commissioner and two deputies would be appointed to a single, fixed five-year term.

They would have the power to investigate MPs, staff, public servants, statutory office holders, judiciary and the Governor-General and would be appointed by Parliament, not the government.

Mr Shorten said the watchdog would act as a “standing royal commission”, but he would not be drawn on which past scandals such a body might have investigated.

Canberra was riven by a string of scandals last year as the citizenship crises engulfed Parliament and Sam Dastyari’s links to a Chinese businessman ended the former Labor senator’s career.

PM does not rule out corruption watchdog

Speaking as reports about Labor’s plan for a corruption body emerged on Tuesday morning, Prime Minister Malcolm Turnbull claimed Mr Shorten was no corruption “warrior” and that his credibility on the issue was “pretty tattered”.

But Mr Turnbull pointedly noted he had not ruled out establishing a national integrity commission, saying the government was waiting for the findings of a Senate committee into the issue.

Mr Joyce repeated the argument again on Tuesday, telling 2GB radio “we found out [about] Sam Dastyari without ICAC”.

Late last year, the Turnbull government backflipped on a banking royal commission after ruling it out for months.

In October, The New Daily reported Labor figures had begun to consider the proposal, which both major parties had previously been reluctant to support.

The Greens, who have long backed a national corruption watchdog, offered cautious support for the move on Tuesday morning.

“Pleased to hear that Labor expected to announce longstanding Greens policy of National Integrity Commission, but to tackle corruption Commission must have teeth and be accompanied by donations reform,” leader Richard Di Natale said in a tweet.