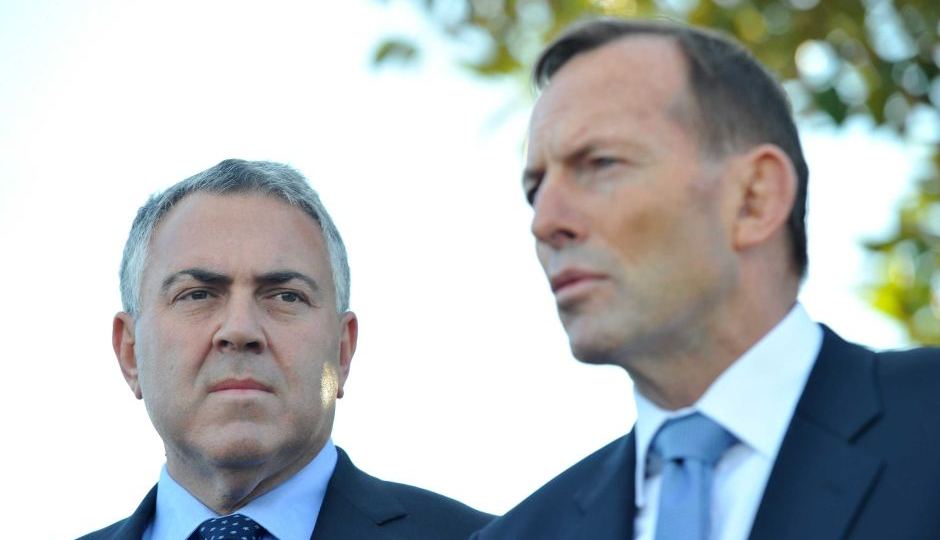 The expenditure review committee was made up of Tony Abbott, Joe Hockey and Mathias Cormann. Photo: AAP

Tony Abbott’s “razor gang” considered banning anyone under 30 from accessing income support in a radical proposal ahead of the 2014 budget, according to cabinet documents obtained by the ABC.

The expenditure review committee was made up of then-prime minister Mr Abbott, then-treasurer Joe Hockey and Finance Minister Mathias Cormann.

It requested then-social services minister Kevin Andrews look at how to ban “job snobs” from receiving the welfare payments.

In one document marked “protected”, “sensitive” and “cabinet in confidence”, Mr Andrews proposed three options to permanently or temporarily halt income support for job seekers under 30.

There was also an option to roll out an income-managed basics card to “lessen the harshness of the measure”.

The most extreme proposal would have saved the federal government nearly $9 billion over four years.

The documents reveal he may have been responsible for killing off the plan.

“This is a fundamental change to Australia’s universal social security system … it is not clear that there is a strong evidence base for this approach,” he wrote in the attached proposal.

“Young people in financial hardship could experience homelessness, be driven to crime and other antisocial behaviour, family breakdown and possible criminal flow-on resulting from removing the social security safety net.”

He noted that there was already a crackdown on youth welfare factored into the 2014 budget and suggested any further changes be part of a broader review of welfare.