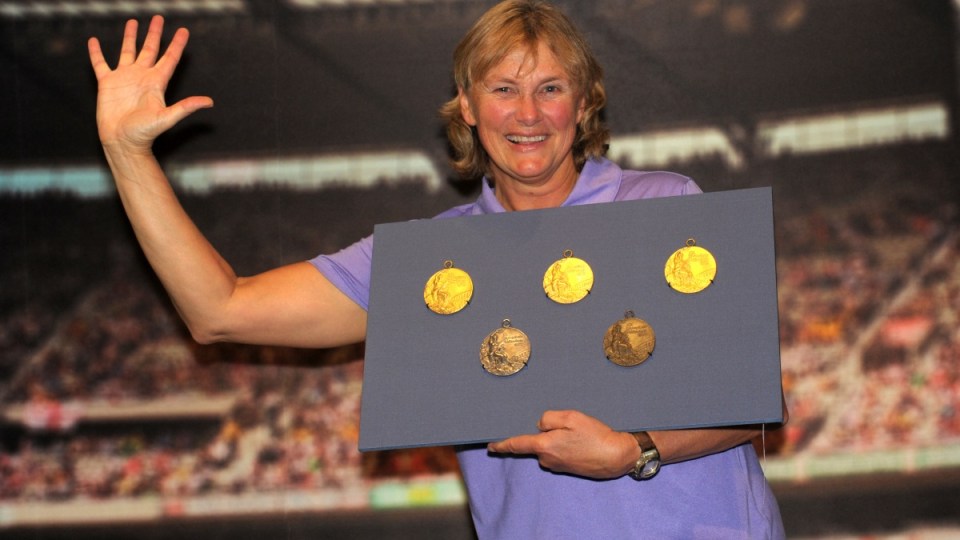 Olympic swimmer Shane Gould (pictured here with her Olympic medals) is a new member of the Order of Australia. Photo: AAP

Eighty-year-old Patricia Elliott, who lives on a rural block seven kilometres outside of Katherine in the Northern Territory, had no idea she was even nominated for an Order of Australia until a letter arrived from the Governor-General.

Mrs Elliott was one of the 895 recipients to receive the honour from Governor-General Sir Peter Cosgrove, with investitures to take place in government houses around the country in the coming months.

After winning a government ballot for a pastoral lease in 1964, Mrs Elliott and her husband raised eight children on a property outside Katherine.

It was that experience which engendered a lifetime obsession with remote area education, and has now led to her becoming a Member of the Order of Australia.

The debacle of the NBN, she says, is severely impacting on remote education.

“Regardless of race, creed or colour a child in a remote area deserves equality of education,” Mrs Elliott told The New Daily. “You want your children to have the best opportunities they can. This honour goes to all the parents educating their kids in remote areas. They deserve it.”

The Governor-General congratulated the recipients for their contribution: “These are our nation’s honours, reserved for those who are often unsung, quietly working away to uplift our nation. Their qualities – compassion, dedication, generosity, selflessness, tolerance, and energetic ambition – inspire and motivate us.”

However, after a 12-month campaign to encourage broader community participation, only 33 per cent of recipients are female, roughly in line with the percentage of original nominations.

Sir Peter Cosgrove said. “We’d love to see more diversity in our awards. Let’s make sure everyone gets a fair go and the chance to be recognised by their country.”

One of the features of this year’s awards has been the recognition of sporting women, including celebrated tennis player Evonne Goolagong, who won 14 grand slam titles in the 1970s and 1980s, sprinter Betty Cuthbert, who was a gold medalist at the Melbourne and Tokyo Olympics, and Michele Timms, regarded as one of the greatest Australian basketball players of all time.

After raising a family of four in relative obscurity, she has remarried and completed two Masters degrees.

She told The New Daily of her sporting past: “You have to remember I was a kid. Like a lot of young athletes I was used for nationalistic projects. I was asked to do things that were really impossible.”

Despite the controversy surrounding the nation’s involvement in the coalition bombing of both Iraq and Syria, as well as the ongoing conflict in Afghanistan, a significant number of awards have gone to military personnel.

Lieutenant Colonel David McCammon received a Distinguished Service Medal for his leadership as the Commanding Officer overseeing a leading training unit in Iraq. He delivered training to over 9000 Iraqi Army soldiers and then equipped and trained five Iraqi Brigades during a highly demanding operational period.

Colonel Matthew James Cuttell received a Commendation for Distinguished Service for his duties in warlike operations as the Chief of Operations in Iraq, including providing advice during battlefield incidents.

In scientific endeavours, the Order of Australia went to Professor Rhys Jones for mechanical and aerospace engineering, Professor Trevor McDougall for his contributions in the area of ocean thermodynamics, and Professor Jennifer Martin for the study of drug-resistant bacteria.

Order of Australia: The famous faces and unsung heroes who received the honour