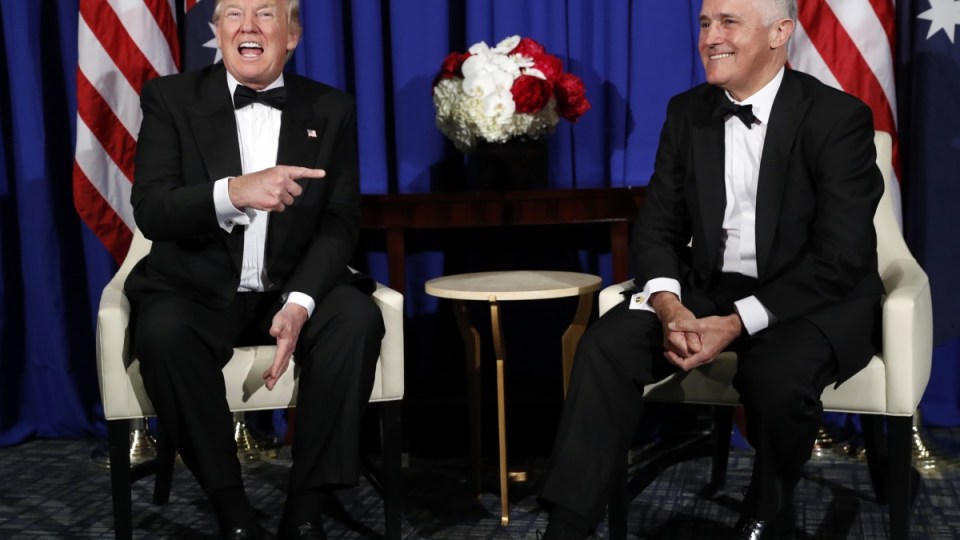 The visit will be the second visit in less than 10 months. Photo: Getty

Malcolm Turnbull is reportedly set to make his second visit to meet US President Donald Trump.

The Australian newspaper has reported that Mr Turnbull will meet Mr Trump on Friday, February 23, along with a contingent of state premiers travelling to a summit with US state governors.

The visit has not been announced by Canberra or Washington.

It comes as Australia prepares to sign onto the 11-nation Pacific trade deal, which was thrown into disarray when Mr Trump pulled the US out of the deal a year ago after describing it as “a continuing rape of our country”.

Mr Turnbull said on Wednesday that while he would encourage the US to come back into the TPP, he didn’t think there was “any prospect” it.

“It’s important to recognise that President Trump made a very straightforward, a very committed election promise not to proceed with the TPP,” Mr Turnbull said.

The tweaked trade pact, which includes Japan, New Zealand and Canada, is expected to be signed on March 8 in Chile, and includes provisions for the US to join.

“The way the agreement is structured is so that the Americans can effectively, America can dock back in, which is obviously what everyone would hope for at some point in the future,” Mr Turnbull said.

Mr Trump and Mr Turnbull had a volatile start to their relationship with a testy phone call after the President moved into the White House in 2017.

The call ended abruptly when the prime minister pushed the President on the asylum-seeker deal struck in 2016 when Barack Obama was president.

Both Canberra and Washington have since worked to promote a warmer relationship between the two men.

In May last year, Mr Turnbull met with Mr Trump in New York on the sidelines of an event to honour the 75th anniversary of the US-Australian victory over Japan in the Battle of the Coral Sea.