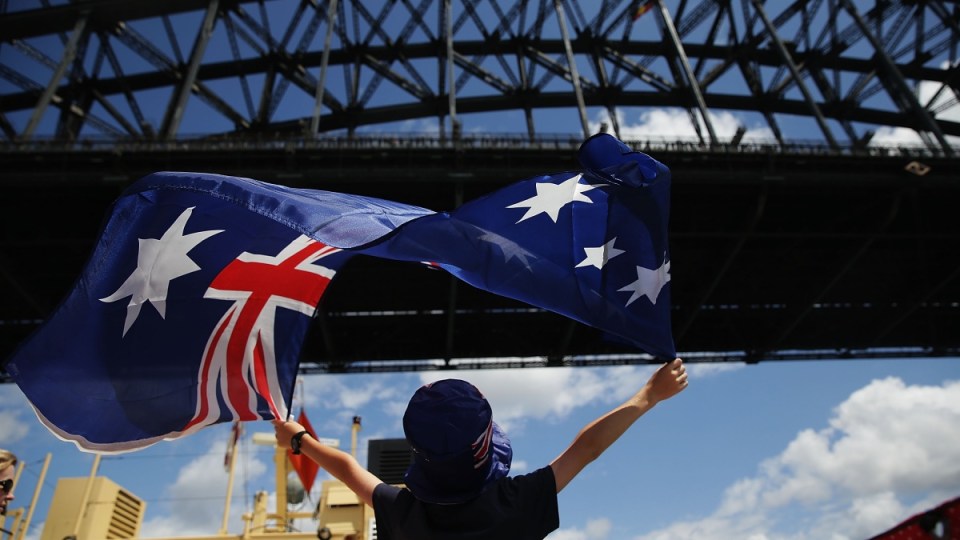 Most polls have shown majority support to keep the date on January 26. Photo: AAP

It seems that with each passing year, the conversation about the date of Australia Day only grows louder.

Only a few days into 2018, the Greens vowed to put the issue on the political agenda. This week, indigenous NRL star Johnathan Thurston became the latest Australian sporting figure to join the discussion.

But Prime Minister Malcolm Turnbull and Opposition Leader Bill Shorten both support Australia Day staying on January 26, and most – though not all – polls still show strong opposition to a new date.

As the debate stirs, The New Daily has asked some of Australia’s most prominent voices from business, sport, entertainment and politics how they felt about January 26.

Gaze tells The New Daily he is wedded to the idea of Australia Day – but not the date itself. “My view is Australia Day should be for everyone,” he says.

“If this date is something that is causing grief to a part of our heritage and history, I’m not one who’s stuck on it needing to be locked in.”

“I think there is some merit in saying, ‘Can we do this better? Is there a better date that we can explore’.”

Former Lieutenant-Colonel Catherine McGregor came to prominence in 2013 after revealing she was transgender.

The former Australian of the Year finalist and ABC cricket broadcaster, admits she is “torn, frankly” on the question of Australia Day.

“On balance, I reject ‘change the date’ rhetoric as futile and self defeating,” she tells The New Daily, arguing it emboldens people like Andrew Bolt and Mark Latham who “despite being privileged and powerful constantly bemoan their persecuted victimhood”.

“I think the date is the date – but that indigenous pain and grievance must be part of the remembrance that occurs on that date.

“To dismiss the concerns of indigenous Australians as trivial or confected marks one as effectively a sociopath.”

McGregor says she would retain the date – but change it if Australia one day becomes a republic.

Eddie McGuire has put a lot thought into the question of Australia Day, so much so that the media and football identity has floated three new holidays he reckons would bring the nation together.

“It’s something I feel deeply,” he tells The New Daily. “I think politicians, and many media people, are just looking for conflict.”

January 1 would double as Federation Day, the existing Australia Day date would become something known as Multicultural Day, while a third holiday would be held on May 27.

“As the son of a migrant, I give thanks on Australia Day for what it gave my family,” he says, suggesting that “January 26 should be like an ‘Australian thanksgiving'”.

And May 27 – a date that marks the historic 1967 referendum on Aboriginal people – would become the new Australia Day.

“It was an enormous moment and a major step in reconciliation,” he says of the referendum, describing it as the day when Australia “embraced all its people”.

McGuire prefers May 27 to proposals where Australia Day would mark Federation, arguing that Indigenous Australians were excluded from the Australia that was first created in 1901.

Indigenous woman Jacinta Price has weathered intense public criticism and abuse since she took a stand against the campaign to change the date.

But Price will not be cowed, writing in The New Daily, she says: “The truth is the date that marks Australia Day isn’t what is hurting indigenous people – it is the continuing disadvantage and appalling conditions some of them have to endure, and they aren’t complaining about a date.”

“Ascribing their pain to the date of a celebration is a grotesque nonsense perpetuated by those who want the gravy train to keep rolling without ever fixing the real problems.”

When Tim Rogers thinks about January 26, he thinks of those closest to him.

“When my friends, when people I love and admire say they and their families, and culture is hurt because of a ‘tradition’, a ‘party’ and its date, I listen and support them,” he tells The New Daily.

“All the other guff is information and opinion, sure – and I listen – but above all the white noise, I hear of the pain of my friends. And for that reason, yes, changing the date is vital.”

“Imagine a day when we can celebrate together, all the f–––in’ lot of us. Imagine.”

Consider the words Australia and business and Dick Smith is surely one of the first names to come to mind.

Often controversial, the entrepreneur caused a stir by backing Pauline Hanson on the issue of population growth. He does not, however, share her views on Australia Day.

“Look, personally it doesn’t affect me,” he tells The New Daily. “But if I was an Aboriginal person I believe I’d want it on different date.

“It would be similar to if the Japanese were successful in the Second World War and we were then asked to celebrate when they landed here. I don’t think we’d be too enthusiastic.”

Depending on who you ask, Professor Gillian Triggs was widely deserving of the praise or the criticism she earned during five controversial years as Australia’s human rights commissioner.

Perhaps unsurprisingly, Triggs wants the date of Australia Day changed. But she also hopes the issue does not overshadow the push for the constitutional recognition of Indigenous people.

“I think we should listen to the indigenous community,” she tells The New Daily.

“I suggest we conduct national consultations that consider the options. Many Australians will not support a change to the date when no alternative is offered.

“How about the date on which the Australian constitution came into effect?”

Australia Day: Prominent Australians weigh in on the January 26 debate