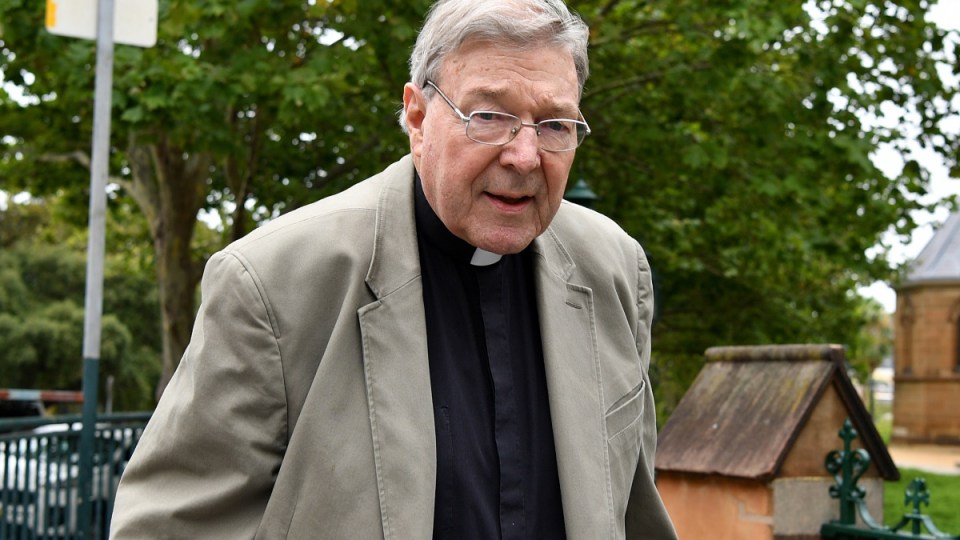 Cardinal Pell will face a committal hearing in March to will determine if he will stand trial. Photo: AAP

Counsel for Cardinal Pell appeared before Melbourne Magistrates Court on Wednesday for an administrative update about subpoenas it sent to the public broadcaster and Louise Milligan, who wrote the book, Cardinal: The Rise and Fall of George Pell.

Earlier in January the ABC provided a hard drive containing footage and transcripts to the court after Milligan agreed to hand over some of the material sought by Cardinal Pell’s lawyers.

It’s understood the footage contains unedited interviews between Milligan and some of the complainants who have accused Cardinal Pell of multiple historical sex offences.

“The material has been provided to the court in tranches,” defence lawyer Paul Galbally told the court.

Magistrate Suzanne Cameron said the ABC had redacted some of the requested material under legal and professional privilege.

She also said Milligan had not handed over documents about confidential sources.

Another magistrate has previously said some of the material sought by Cardinal Pell would be subject to journalistic privilege.

But Cardinal Pell’s legal team has avoided the issue of journalistic privilege after negotiations with the ABC and Milligan about the documents they’re willing to disclose.

Victims’ advocacy group Broken Rites was forced to hand over documents to Cardinal Pell’s legal team in December after a subpoena ordered them to do so.

Cardinal Pell was not required to appear in court on Wednesday.

The 76-year-old is the most senior Catholic cleric to be charged with sex offences and denies the allegations.

The former Ballarat priest and Sydney and Melbourne archbishop has taken leave from his position as Vatican treasurer to defend himself in Australia.

He is scheduled to face a four-week committal hearing in March that will determine if he should stand trial.

His lawyers will return to court in February for another administrative update.