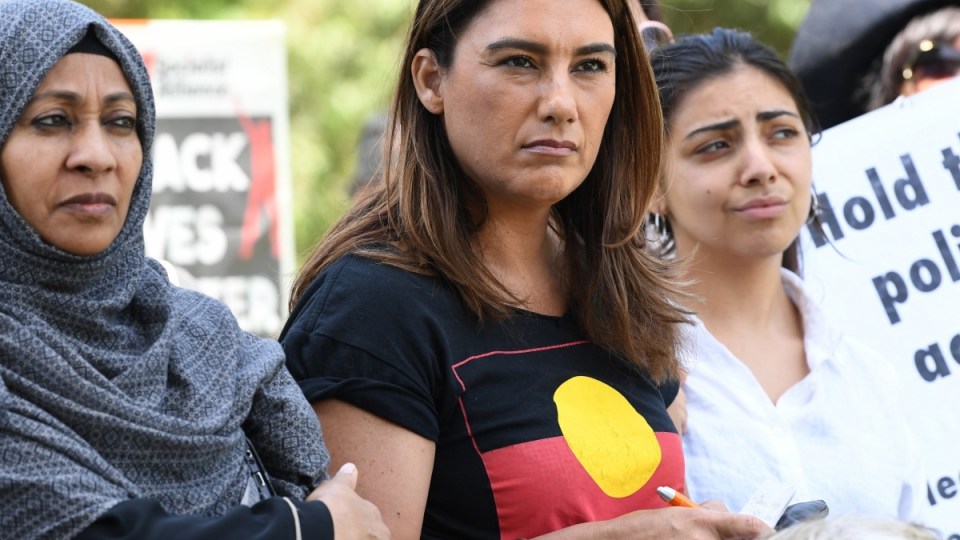 Lidia Thorpe says she refuses to "go underground" despite threats to her life. Photo: AAP

Indigenous MP Lidia Thorpe says she is on “high alert” and fearful for her family’s safety after receiving death and gang rape threats in response to her calls to fly the flag at half-mast on Australia Day.

The Greens member and Victoria’s first Aboriginal woman to take office told The New Daily she was a single mother and had decided her daughter should not be in the family home for the next week due to safety concerns.

“I’m in my electorate and I’m more aware of my surroundings,” Ms Thorpe said.

“The fear is there, but it’s certainly not going to stop me from doing what I’ve always done and that’s speaking about the injustice that continues to occur in my country.”

Ms Thorpe said two threatening emails had been sent to her parliamentary email address and another man had delivered a graphic note under the door of her Northcote office.

The 44-year-old MP said the threats were “vulgar”, “disturbing” and “not an ordinary kind of death threat” with detailed and graphic descriptions of gang rape.

“I decided to be strong and to call it out for what it was. I’m not going underground or sweeping it under the carpet,” Ms Thorpe said.

If given the opportunity to speak to the individuals who had threatened her, Ms Thorpe said she would ask if they realised how much hurt they had caused her as well as her family and staff.

“I’m genuinely interested in how someone could have that much hate. It has to be a sickness and hopefully they get help and feel better,” she said.

“But it’s not just me that they’ve affected, it’s a lot of people.”

Ms Thorpe told The New Daily she stood by her calls for Australians to fly the flag at half-mast on Australia Day in recognition that many Indigenous Australians regard the day the First Fleet arrived as an invasion.

The Greens have advocated for Australia to “change the date”, while three Melbourne councils, including Moreland, Yarra and Darebin, have dropped all references to Australia Day on January 26.

“How else do we demonstrate to the public what this means to Aboriginal people?” Ms Thorpe said.

Ms Thorpe said Australia Day had been called a “day of mourning” 80 years ago by Australian political activist William Cooper and it was time to respect Aboriginal people in this country.

“We are the oldest living culture in the world, that’s something to celebrate and people should be proud of that,” Ms Thorpe said.

“We need to recognise our own frontier warriors that fought for this country against invasion and tried to protect this country from invasion. We need to celebrate the warriors, just as we do the Anzac warriors.”

Ms Thorpe was the first indigenous woman to be sworn into the Victorian parliament in November 2017 and vowed in her acceptance speech to set an example to Aboriginal children that an Indigenous woman could become an elected representative.

Victoria Police said it was attempting to track down the source of the threatening emails.