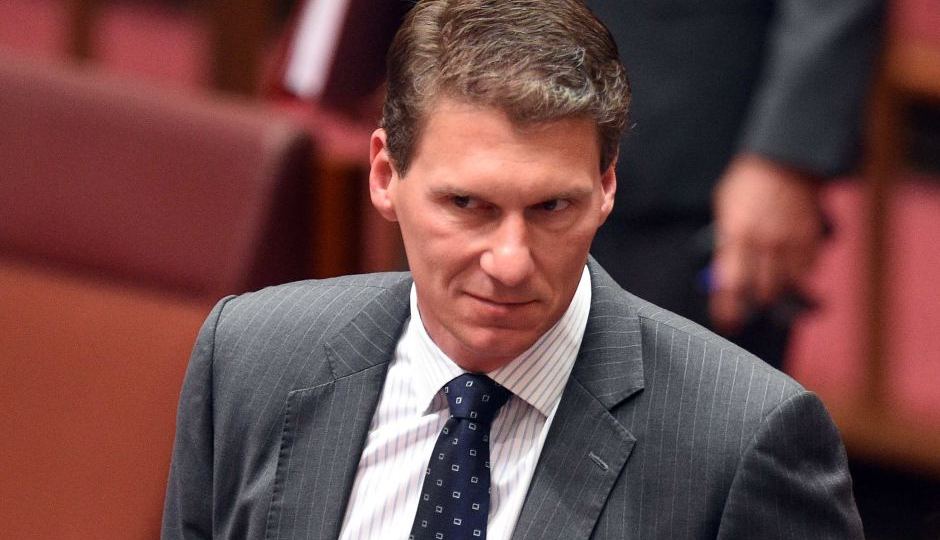 Australian Conservative leader Cory Bernardi’s decision to create his own Australia Day ‘Hottest 100’ playlist has drawn the ire of some of the country’s best known musicians.

After Senator Bernardi revealed the move on Twitter, Savage Garden lead singer Darren Hayes demanded his song To The Moon and Back was removed from the playlist, which is being hosted on the music-streaming platform Spotify.

Hayes, who is gay, told the prominent same-sex marriage opponent: “I do not want to be associated with you, your party or your views. Remove my music from this stunt or expect contact from my publisher.”

Speaking on ABC Radio on Thursday morning, Senator Bernardi defended creating the ‘AC100’ playlist, saying listening to the ‘Hottest 100’ on January 26 had been a “cultural tradition”.

He said backlash to the move was “absurd” and denied that songs on the playlist – including ‘dad rock’ classics Cold Chisel’s Khe Sanh and Icehouse’s Great Southern Land – had been used for his own political purposes.

“All of a sudden I’m not allowed to create a playlist on a music streaming service for which I subscribe because I might be politicising it,” he said.

“I’m not using it for my party or my views. I put it on a playlist on Spotify.

“He (Hayes) gets a royalty for every time it’s played. He should be thanking us.”

The Adelaide group is a Hottest 100 mainstay, reaching number 3 in the countdown on three separate occasions.

“Like fellow musicians Darren Hayes and Hilltop Hoods we do not endorse our inclusion in Cory Bernardi’s playlist and would like our music removed,” the band said in a statement on Facebook.

“We are not trying to censor Mr Bernardi and his party, we are merely participating in a healthy debate that befits and strengthens our democracy.”

Why would you listen to anything @corybernardi says, especially about music?

The ABC’s youth radio station Triple J announced late last year it would be holding the 2018 Hottest 100 on January 27, a Saturday, rather than on Australia Day.

The station said the move in response to market research that suggested its audience was in favour of moving the countdown.

Debate over Australia Day has intensified in the lead up to January 26, partly fuelled by Greens leader Richard Di Natale’s declaration that changing the date would be a top priority for the minor party in 2018.

Mr Shorten said on Thursday he was “on the record of supporting Australia Day staying on 26 January”.

But he accused Mr Turnbull of “sneering” at Indigenous Australians who wanted to debate changing the date and trying to “divide the nation”.

“One of the problems, though, is I can respect that different people have different views,” Mr Shorten said.

Indigenous Labor frontbencher Linda Burney has said changing the date was currently unrealistic, but that January 26 should be a day of reflection.

She also backed a call from NSW Labor leader Luke Foley to replace the Queen’s Birthday holiday with a day to celebrate Indigenous Australia.

Mr Shorten rebuffed that proposal on Thursday, saying “we have enough public holidays in Australia”.