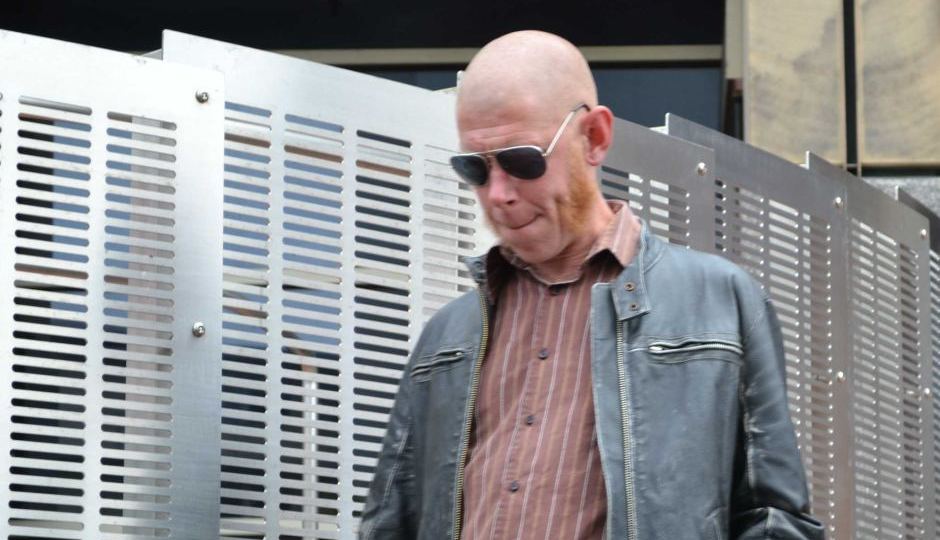 The 38-year-old pleaded guilty to causing harm to a Commonwealth public official after the incident on Hobart’s waterfront on September 21 last year.

If the federal charge had been heard in the Supreme Court Labe could have faced up to 10 years in jail.

But it was agreed the case would be heard in the Magistrates Court, where the maximum penalty is two years’ jail and a $25,000 fine.

The Hobart Magistrate’s Court heard Labe had been drinking with friends at a pub in Salamanca Place when he saw Mr Abbott walking with one of his advisors.

Labe followed Mr Abbott about 250m before asking the former prime minister if he could shake his hand.

When Mr Abbott extended his hand, Labe grabbed it and headbutted him.

As he walked off Labe was heard saying, “You f***ing deserved it.”

“The harm caused was very minor,” he said.

“No weapon was used. The incident was over in a second or two.

“Mr Abbott himself described it as a poor headbutt.”

Prosecutor Jody Nunn said the injury suffered by Mr Abbott should not detract from the seriousness of the offence.

She said while a plea of guilty was evidence of some contrition, the magistrate should also consider the remarks Mr Labe made to media after he was charged.

Magistrate Michael Daly questioned Labe’s assertion it was a “spontaneous” act, as the court heard he joked about headbutting Mr Abbott earlier in day.

After the incident Labe told the ABC he was a “lone anarchist” that felt the need to headbutt Mr Abbott because he “didn’t think it was an opportunity I’d get again”.

Labe also said although he was wearing a badge supporting the same-sex marriage campaign when he headbutted Mr Abbott, the act had “nothing whatsoever to do with marriage equality”.

He will be sentenced in March.