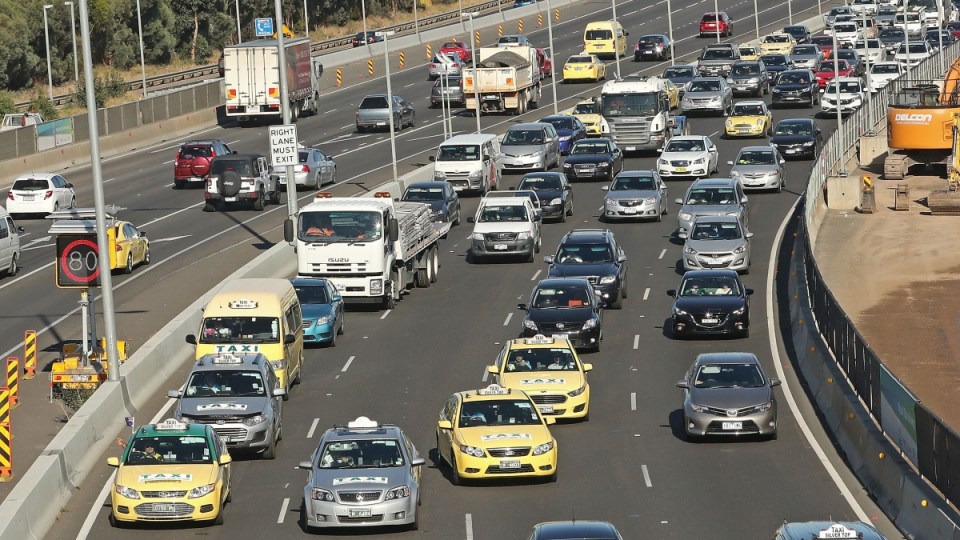 Tolls have been around for decades, but in recent years were not so popular with commuters. Photo: Getty

For years the bittersweet taste of road tolls was too much for many Australians, but new statistics show toll payments are on the rise.

Drivers are now forking out more on their beeper tags than car-related stamp duty. Toll expenditure is even set to pass the total of all GST paid on cars in coming years.

It is a rapid increase following years of slow growth and missed traffic forecasts.

According to the 2017 infrastructure yearbook from the Bureau of Infrastructure, Transport and Regional Economics, Australians spend more on tolls annually than vehicle stamp duty ($2.67 billion), licence fees ($535 million) and luxury car tax ($609 million), but less than GST on cars ($4 billion), registration fees ($7 billion), and the tax on petrol ($11 billion).

Mr Salathiel argued that Transurban investments “provide people with new infrastructure and frees up government resources that can be directed to other projects, whether that be in public transport, schools, hospitals or elsewhere”.

Transurban’s financial statements since the period covered by this research suggest spending on toll roads has continued to increase throughout 2017.

Sydney University transport economist David Hensher said tollways had been an important contributor in building roads but that their pricing levels were “dumb”.

“If we are to make efficient use of roads in the future we must move away from [inflation] indexed tolls on such roads,” Professor Hensher said.

Some toll roads offer night discounts or time-of-day pricing for certain vehicle types, but Professor Hensher argues it is time to apply pricing to all roads to improve congestion and to recognise that those who benefit should pay.

The cost of congestion — including lost productivity and impact on community health — is tipped to increase more than 5 per cent each year between 2015 and 2030.

A Grattan Institute report released in October found the high levels of congestion on Melbourne’s un-tolled inner-city arterials “may arise in part because many drivers do not value their time so highly, preferring to take a slightly slower trip and avoid the toll”.

“Having tolling structures that are not designed to assist with management of the whole network and peak time pressures seems to me to be a real opportunity wasted,” she said.

Professor Hensher’s research predicts charging Sydney drivers during peak hour and providing free access outside the peak could make regular peak hour similar to what is experienced in school holidays.

The signing of 30- or 40-year contracts with toll operators means any change to pricing structures on these motorways would require renegotiation and potentially additional payment by government.

Road tolls boom but effect on traffic congestion up for debate