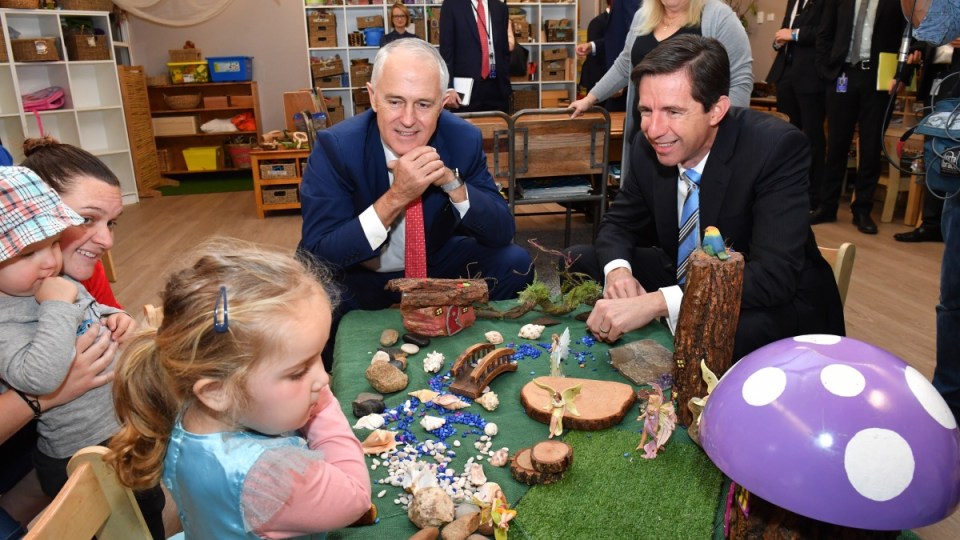 The Turnbull government has been forced to defend its overhaul of the childcare subsidies after new data revealed thousands of families will be worse off under the new system.

Education Department data obtained by Labor under freedom of information laws outlines the areas that will lose the most funding when the changes come into effect on July 1.

Some of Australia’s poorer metropolitan electorates will be worst impacted, the data suggests, but so will some of the country’s wealthiest, including the seats represented by Malcolm Turnbull and Tony Abbott.

That is because while the government is imposing tougher work requirements for parents to qualify for the subsidy, it is also slashing the funding available for high-income earners.

In New South Wales, the worst-hit electorate is the working class Western Sydney seat of Blaxland, held by Labor’s Jason Clare, where 3764 families are set to be worse off under the changes. That represents 37.2 per cent of families in the electorate who are set to lose money.

However, the wealthy blue ribbon Liberal seats of Warringah and Wentworth, held by former Liberal leader Mr Abbott and Mr Turnbull respectively, are among those most impacted in the state.

Nearly half (47.2 per cent) of families in Wentworth will receive less funding under the new package. The median weekly household in Mr Turnbull’s electorate is $2380, compared to a NSW figure of $1486, according to census data.

Further down the list in New South Wales, the Labor-held Western Sydney seats of Watson, Werriwa and McMahon are the biggest losers.

In Victoria, the data suggests working class electorates in Melbourne’s south-east and north will be hit hardest, though the pain will also be shared across the wealthier sandbelt seat of Goldstein and cabinet minister Kelly O’Dwyer’s seat of Higgins, with four in 10 families to lose funding.

The reforms mean 4337 families in Lalor, in Melbourne’s outer-north, will receive less assistance, while the worst-affected Queensland electorate is the Brisbane seat of Rankin, where one in three families will lose out.

Overall, Labor claimed 279,000 families would be worse off under the reforms, with Early Childhood spokeswoman Amanda Rishworth saying the data amounted to a “secret hit list”.

“There are families earning under $70,000 that are going to be worse off as a result of the government’s childcare changes.

“This government has been more focused on spin and less about the truth and it is now time that they come clean with the Australian people.”

He asked if Ms Rishworth was suggesting more subsidies “should be going to families who aren’t working or even looking for work” or those earning above $350,000.

“What we’ve done is put an extra $2.5 billion into supporting the Australian childcare system and reforming it to give more money to people working long hours,” Senator Birmingham said. 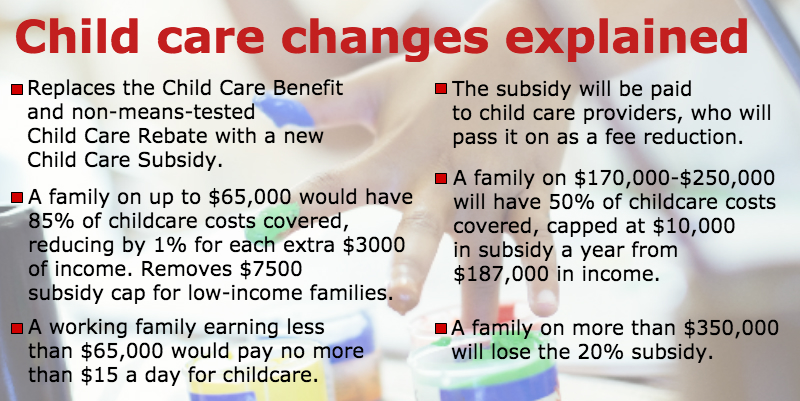 While Labor has homed in on those who will lose out, the government argues that its modelling shows one million families will get a boost in their payments.

The main point of contention is the package’s new activity test, which will be used to determine who is eligible for the subsidy.

What the experts say

But he found “a substantial fraction of households earning less than the $65,710 will be worse off, mostly because they will fail to meet the activity test”.

Parents must be doing at least eight hours of work, study, or volunteering to be eligible for the subsidy under the new system. Previously, a family would only need to “have a work, or work-related commitment at some point during the week” to access the Child Care Rebate.

Families who earn $65,710 or less each year will be exempt from the new test.

And in an attempt to keep fees down, the rate of subsidy will be tied to an hourly fee cap.

‘Secret’ data shows where childcare changes will hurt most