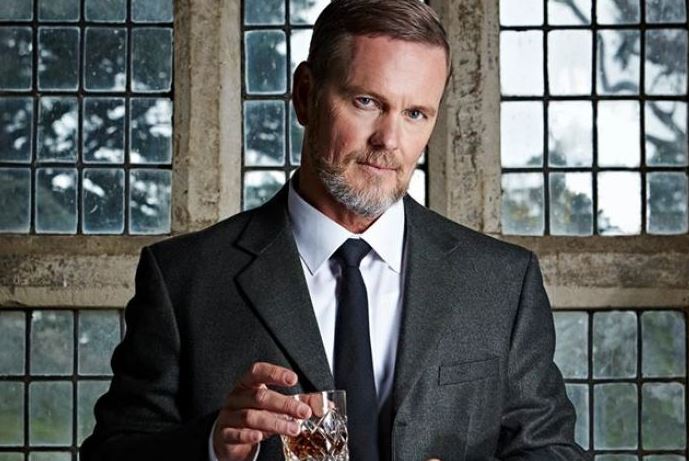 Craig McLachlan, pictured as Dr Blake from The Doctor Blake Mysteries, says his career has been 'annihilated by the accusations.

An actor and a crew member from the top-rating TV drama The Doctor Blake Mysteries have come forward with allegations Craig McLachlan sexually harassed staff and behaved inappropriately on the set.

The new allegations include that he held a banana to his crotch and thrust it into the faces of an actress and a director.

The TV show is produced by Melbourne-based company December Media, which has put the current production on hold.

In a statement earlier this week it said it had not received any complaints about McLachlan.

But in a statement late on Friday in response to the new allegations, December Media chief executive Stuart Menzies said the company had appointed an independent investigator to talk to all core cast and crew on the series and provide it with a report and advice.

“If these allegations are substantiated, this points to a serious breakdown in the adherence to the policies and procedures that December Media has in place,” Mr Menzies said.

The male crew member told the ABC and Fairfax “there is no possibility that they didn’t know he was up to inappropriate behaviour”.

“I don’t know how blind and deaf you have to be to miss this stuff,” he said.

McLachlan has not responded to questions about the latest allegations.

‘This is the worst set for this kind of stuff’

The crew member who worked on Dr Blake in late 2016, on season five episodes one and two, said he was shocked at McLachlan’s behaviour on set, which seemed to be accepted.

“A lot of the time it was sexual innuendo, sexual joking, talking about sex and that filtered through,” he said.

“And people would laugh and say, ‘It’s all a big joke’.

“But right from the start, in my first few days there, I thought, ‘surely not everyone is OK with this?’.

“Privately, over time during the two-and-a-half months I was there, people said ‘this is the worst set, for this kind of stuff, that I have ever been on’.

“He’s a star and other people do the same kind of thing because he sets the tone of the place. In my opinion, a lot of it looked like sexual harassment.”

He recalled an incident involving a banana.

“One incident which has stayed in my mind was before we went on set we were doing rehearsals,” the crew member said.

“It was me, the director, Craig and two actors who were just there for the one episode. One was an older man, the other was a young woman in her mid to late 20s.

“At the time she hadn’t really done much at all. Right in the middle of rehearsing this scene, Craig gets up and walks out. He comes back a minute later and he’s got a banana.

“I am looking around the room thinking, ‘what the f**k! Are you serious?’

He said on another occasion, he saw McLachlan sneak up behind a female camera assistant and start “humping her like a dog”.

“It was inside Williamstown Town Hall, which was mocked up to look like Ballarat Town Hall,” he said.

“She didn’t react but I’m thinking, ‘that’s not appropriate behaviour’.”

The crew member added that McLachlan made a lewd comment to him.

One of Craig McLachlan’s accusers says she has received threatening messages on social media, but that “love is drowning them out”.

“I came up to him at lunch and said ‘Craig would you like a drink?’ He said, ‘No thanks, I’d prefer a hand job, thank you’,” the crew member said.

“It was at one of the tables at catering. This was on set.”

He said he never complained about the behaviour but that those in charge were often on set and could see it for themselves.

“I was there for only two-and-a-half months and I saw so much,” the crew member said.

“They were there for five years.

Another man, who was an extra on Dr Blake in 2013, told the ABC and Fairfax he saw McLachlan push his crotch into a female crew member and make a lewd comment.

“The scene was set in an apple orchard. I was playing a migrant fruit picker,” he said.

“It was a break during filming at the location, at the orchard. I was just sitting around and Craig came up to a woman, I think she was in wardrobe, and he pressed his crotch against her leg, while she was facing the other way.

“She joked and laughed it off, like it was a common thing.”

The ABC said in a statement on Monday it had received no complaints involving any members of the Doctor Blake cast, who are employed by December Media.

– with additional research by Tracey Spicer