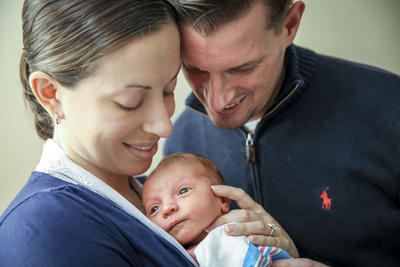 The out-of-pocket cost to have a baby has skyrocketed, according to a new study. Photo: AAP

Some Australian parents are paying 1,000 per cent more out of their own pockets to have a baby than they would have done 25 years ago.

New research from James Cook University analysed data from the Medicare Benefits Schedule from 1992-3 to 2016-17, revealing how out-of-pocket costs have changed for care both in and out of hospital.

“Out-of-pocket costs for obstetric care in-hospital rose by 77 per cent.”

Researchers found that out-of-pocket costs increased in all locations, but the charges were consistently above the national average in major cities.

The research, published in the Australian and New Zealand Journal of Obstetrics and Gynaecology, calls for greater transparency when it comes to costs for patients.

“There is a strong need across all the medical professions for greater transparency of fees, allowing patients to make use of the free market system and choose providers based on value,” she said.

The costs of providing obstetric care have risen significantly, according to leading doctors.

Australian Medical Association (AMA) president Dr Michael Gannon is an obstetrician and gynaecologist who ran his own private practice.

“Twenty-five years is a long time, and there are things about delivering a baby that look remarkably different today than they did 25 years ago,” Dr Gannon said.

“Back then, only a few obstetricians would have an ultrasound in their office, but today an overwhelming number would.

“That’s a piece of machinery that costs tens of thousands of dollars.”

He said obstetricians faced one of the highest professional indemnity insurance costs of any medical specialty — 20 times higher than a GP.

“I myself was paying around $100,000 a year in insurance, and I think cost to obstetricians would be one of the biggest changes of the last 25 years,” he said.

But consumer groups say the increase in out-of-pocket costs should be a wake-up call to doctors and the Government.

“This report finding an increase of more than 1,000 per cent in out-of-hospital obstetric charges in the past 25 years is only part of the picture,” she said.

“Obstetricians may also be charging thousands of dollars, not covered by the study’s statistics, to ‘manage’ pregnancies.”

The Federal Government has set up a taskforce to look at out-of-pocket healthcare costs.

“The review into medical costs has come not a moment too soon and the Consumers Health Forum will be pressing the Government for consumer-friendly measures to make clear to all the costs patients now have to bear themselves,” Ms Wells said.

Cost of having a baby skyrockets since 90s: study