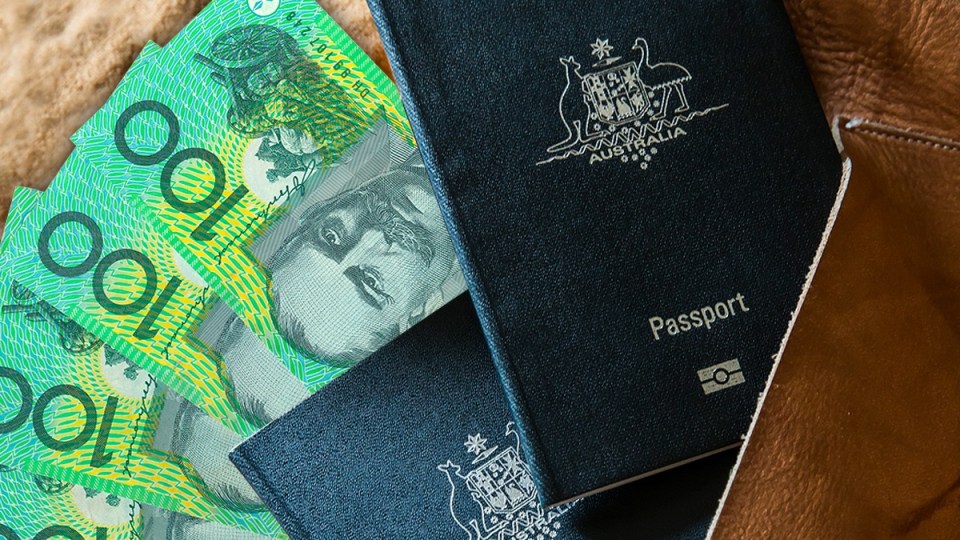 Australia has now exceeded Turkey as the world's most expensive place to obtain a passport. Photo: The New Daily

The federal government is being urged to stop using Australian travellers as a cash cow, as new analysis suggests its passport has become the most expensive in the world.

The huge increase comes as an analysis by The New Daily suggests an Australian travel document may now be the most expensive in the world – bar the cost of a Syrian passport for citizens living outside the war-ravaged country.

Australian passports were ranked the second-most expensive in 2015, behind Turkey and ahead of Switzerland, according to a global comparison by the travel website GoEuro.

Yet while Australian passport fees have continued to rise, the Turkish government now lists the maximum cost of a travel book at ₺764 Turkish Lira – or about $A255.

Both nations’ passport fees far exceed a Swiss passport, which GoEuro placed third-most expensive in 2015. Today, Swiss citizens will fork out about $A180 for a new passport, according to a Swiss government website.

Amid ongoing civil war, the Syrian government last year hiked the cost of a passport to about $A500, up from $11.

But that exorbitant fee is for those who have fled the war-torn country and want to obtain a new document at an overseas consulate, such as in Turkey. A Syrian passport is considered one of the world’s weakest. 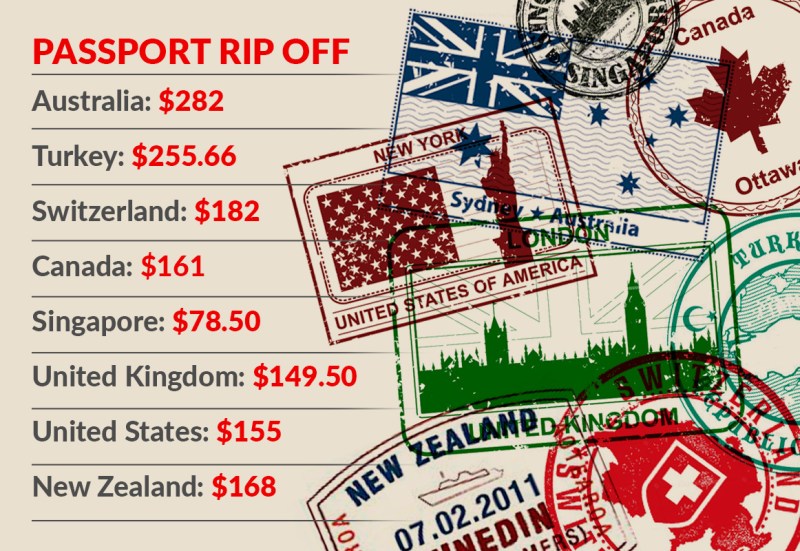 David Berman, a senior lecturer in tourism at UTS, said the hefty fee charged by the Australian government was clearly aimed at raising revenue.

“The Philippines charges the equivalent of $65,” he told The New Daily.

“There’s no question our passports are very expensive.”

Dr Beirman, who is on a DFAT advisory group, said passports were “very expensive to produce” and that Australian travel documents had “more safety mechanisms than most”.

“Within the passport there are 100 security measures inserted into the passport, many of which you and I couldn’t see.”

In a pre-budget submission to the government, the Australian Federation of Travel Agents (AFTA) called on the government to freeze passport fees at existing levels.

The call follows a decision by the government to hike passport fees by $20 in 2016 in addition to last year’s $5 increase.

“Of our major trading partners, Australia was the only country that increased the cost of our passports this year.”

Mr Long said while like-minded countries such as New Zealand and Canada viewed passports as a “cost recovery exercise”, Australia used it to raise revenue.

AFTA estimates the government would reap an “additional $173 million over four years from the above CPI increase in the last budget”.

While the extra cash was slated for consular and passport services, AFTA said, the government is now forecasting a $245 million saving from its passport program and cutting consular services by more than 1 per cent.

A DFAT spokesman said the fee reflected “the quality of the documents produced and the standard of service delivered by the Australian Passport Office”.

“The Australian passport is regarded internationally as a high-quality travel and identity document, which is a key reason why Australians are granted visa-free travel to some countries,” he said.

“The integrity of the Australian passport is maintained rigorously, including through a technically sophisticated document and the prevention and detection of passport fraud.”

The Australian passport ranked 22nd for visa-free travel, according to new research released by Henley & Partners this week.

Germany topped the list of most powerful passports, followed by Singapore, with a host of countries that included the UK, Japan and France tied for third. A German passport costs about $120.

Australian passports are the ‘most expensive’ in the world