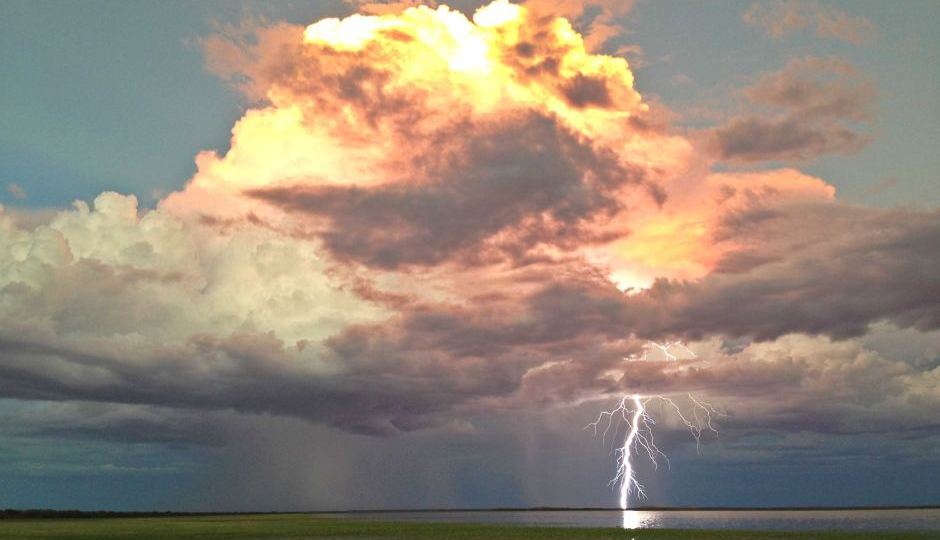 A wet beginning and end of the year bookended a warm, dry winter in 2017. Photo: ABC

The Bureau of Meteorology (BOM) confirms 2017 was Australia’s third warmest year on record with temperatures almost a degree above the 1961 to 1990 average.

With a rundown of the year’s temperatures, rainfall, climate drivers, major weather events and enough maps to make an atlas, the Annual Climate Statement is a late Christmas present for weather lovers.

South Australia recorded its fifth-warmest year, while for Victoria it was the sixth-warmest, and for Tasmania it was the equal-10th warmest.

Daytime temperatures were particularly hot around Australia, coming in as the second-warmest on record at 1.27 degrees above average.

In 2017 the main climate drivers, the Indian Ocean Dipole and the El Nino Southern Oscillation, were in neutral for much of the year.

But despite there being no El Nino, usually associated with warm temperatures, 2017 was still the third warmest national mean temperature on record at 0.95 degrees above the 1961 to 1990 average.

“We have seen that warming across the land surface temperatures and in the ocean surrounding Australia, so they have both warmed by a similar amount and that’s consistent with global warming as well,” he said.

Seven of the 10 warmest years on record have been recorded since 2005 and only one year was below the 1961 to 1990 average in the past decade.

The heating has not just been restricted to the land – 2017 saw record warm ocean temperatures, especially on the east coast and around Tasmania.

These warm ocean temperatures brought about a mass coral bleaching event on the Great Barrier Reef in March. This follows the bleaching event in 2016, making it the first time two mass bleaching events have been recorded two summers in a row.

It didn’t rain and it poured

A wet beginning and end of the year bookended a warm and dry winter.

Without the major climate drivers to mix things up a strong subtropical ridge and positive Southern Annual Mode kept the rain-bearing fronts and troughs south of the continent. This lead to clear skies, high daily maximums, cool frosty nights, and little rain in the south of Australia.

September was the driest on record for NSW and for the Murry-Darling Basin as a whole.

The dry came to an end with above-average rainfall in the last three months of the year. This coincided with the beginning of a weak La Nina system, but did not bring about the heavy rainfall usually associated with strong La Nina events.