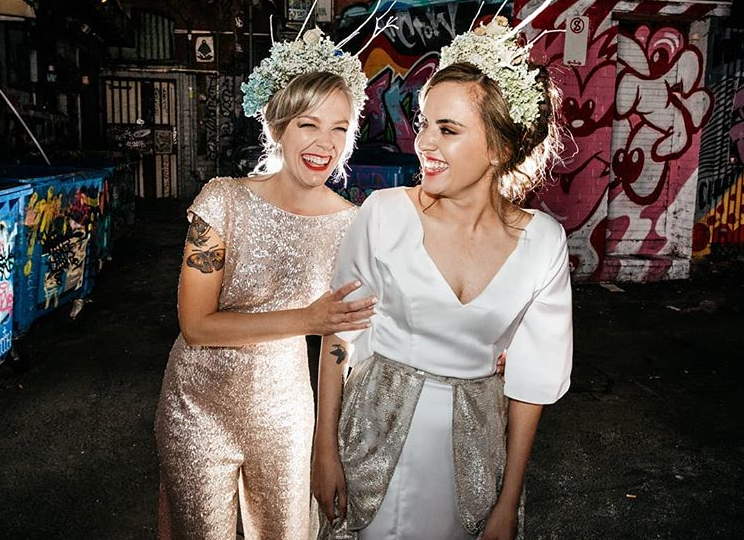 Teegan and Mahatia tied the knot at the stroke of midnight in Melbourne on January 9, 2018. Photo: Christian Marc Photography

Same-sex couples around Australia have tied the knot on the nation’s first official day of marriage equality, with some even saying ‘I do’ at the stroke of midnight.

Athletes Craig Burns and Luke Sullivan were some of the first people to tie the knot shortly after midnight on Tuesday morning, just over a month after the same-sex marriage legislation cleared parliament on December 7, 2017.

Watch the video below to see photos from the country’s first same-sex unions:

Photos from the first legal same-sex marriages in Australia