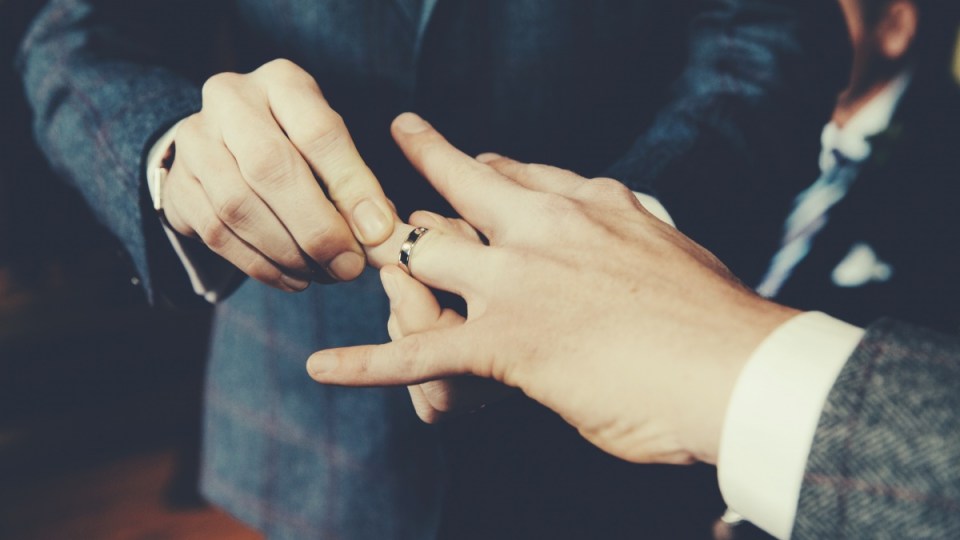 Same-sex couples across Australia will, within hours, be able to say "I do" and be legally married. Photo: Getty

Craig Burns’ career as a sprinter is all about timing so it’s no surprise he’s timed his wedding to Luke Sullivan to perfection.

Burns, who represented Australia at the world championships and Commonwealth Games as a 4x400m relay runner, will marry the love of his life at one minute after midnight on Tuesday at Carool near Tweed Heads.

January 9 is officially the first date for same-sex weddings because there was a four-week waiting period after the landmark laws were passed in Canberra in early December.

Some couples have wed already, however, after being given special permission to waive the notice period for personal reasons.

Burns and Sullivan, who’s also a track athlete, have turned their wedding on its head – it’ll start with a reception garden party on Monday at 8pm leading up to the official ceremony from 11.30pm.

“The celebrant has sort of timed it so that at 12.01am all the official stuff is said and we will sign our official documents after midnight,” Burns told AAP.

The couple met in 2015 with Craig popping the question at Byron Bay in March – before they even knew if they’d be able to legally marry.

Most businesses the pair approached as they planned their wedding offered their services for free to join in the celebration and help them pull together the event in one month.

“They’re not doing it for us, because they don’t know us, but to celebrate what it means for Australia and for every other same-sex couple that wants to get married,” Burns said.

Rebecca Hickson, 32, and her partner of nine years, Sarah Turnbull, 34, are another couple ready to make their commitment to each other official on Tuesday.

“We wanted to be a part of history,” Ms Hickson told AAP.

The pair is asking guests to rise early for their 8am Newcastle ceremony.

“We’ve been together such a long time, we’ve already had our big hoo-ha ceremony three years ago, but now we get to declare our love for each other again and have it recognised as a real union.”

In November, 61.6 per cent of participants voted Yes in a postal survey on the issue.