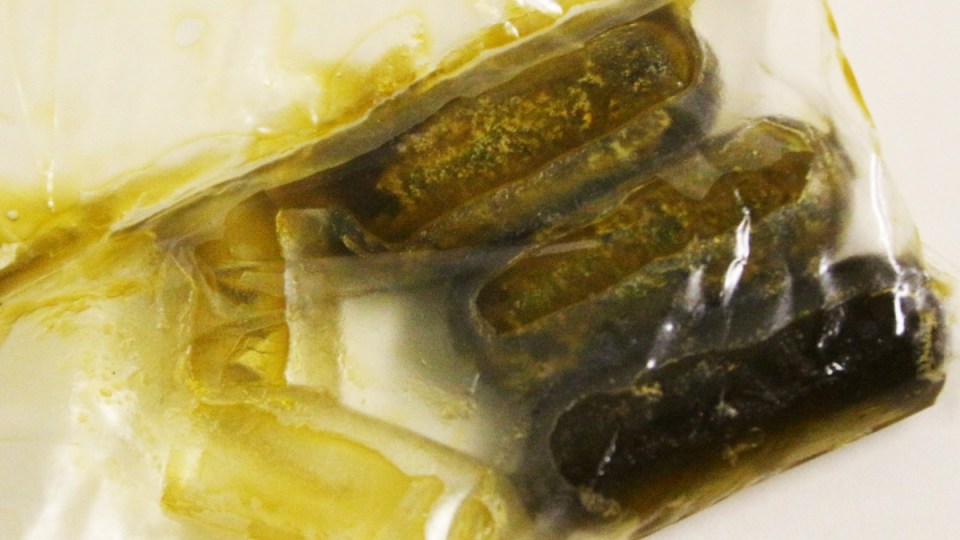 An underground cannabis oil supplier has sold poor quality “medicines” to cancer patients for about double the price of pure gold.

The supplier, Luke Watson of Tuggerah Lakes, NSW, claimed online to “have saved countless lives” with his cannabis products, but an investigation by The New Daily has uncovered contaminants within them.

Mr Watson admitted online that he would spend “sometimes 18 hours a day” making medicinal cannabis and charged seriously ill patients around $6000 for 60 grams of cannabis oil.

He said he paid “a minimum” of $4500 on just material alone to make cannabis oil and travelled on his “own pocket multiple times … with commercial amounts of an illegal drug” to hand-deliver the product.

Customers who questioned the efficacy of Mr Watson’s cannabis products relied on independent sources provided by The New Daily for quality verification.

“It did nothing it claimed to do. I’ll never forgive myself,” a patient’s family member told The New Daily, adding the fact it didn’t work as claimed is “eating me alive”.

A leading Australian research facility which did not want to be named tested three samples of Mr Watson’s cannabis oil products for the two active compounds sought by cancer patients – cannabidiol (CBD) and tetrahydrocannabinol (THC).

Medical doctor Ethan Russo, director of research and development at the not-for-profit International Cannabis and Cannabinoids Institute said: “THC, the main psychoactive component of cannabis … helps regulate pain … and many other aspects of our physiology”. CBD acts as an “analgesic and anti-inflammatory agent” and “counteracts THC-induced side effects”.

One medicinal cannabis product that was sold to a cancer patient contained no detectable CBD, despite Mr Watson’s claims to the contrary.

The proportion of silicone greases is estimated to be at least 25 per cent.

This suggests the reason no CBD was detected may be because it was masked by the high proportion of silicone greases.

Dr Russo said silicone greases have “no place in a cannabis preparation”.

The cannabis product also had a very high THC content, at 64.42 per cent.

Dr Russo said such a concentrated product could potentially result in “panic, a toxic psychosis, or orthostatic hypotension” and lead to “hospitalisation, or injury”.

He said this would be “totally avoidable with more judicious administration of cannabis-based medicines in appropriate doses with the greater safety of concomitant CBD content”.

Another of Mr Watson’s customers, terminal stomach cancer patient Michael Brand, from Sydney, told The New Daily the cannabis oil he purchased had severely irritated his throat after he attempted to swallow one capsule.

Two samples of the cannabis oil purchased by Mr Brand were tested.

Minor traces of silicone greases were also detected in both samples.

At the time he was contacted, Mr Brand said he only had six weeks to live and relied on the oil to relieve him of the debilitating symptoms associated with stomach cancer.

The New Daily was informed of his death a week later.

Mr Brand, who was 56 at the time of his death, was just one of potentially 100,000 Australians who have used cannabis to self-medicate, according to Professor Iain McGregor, academic director of the Lambert Initiative for Cannabinoid Therapeutics.

Excluding clinical trials, it is estimated only 347 people have legal access to medicinal cannabis in Australia –  246 patients via Special Access Scheme Category B (some approvals are repeat patients) and at least 101 patients via an authorised prescriber, according to the most recent figures provided by a spokeswoman for the Federal Department of Health.

In a bid to make Australia the biggest global producer of medicinal cannabis, licensed growers will be able to export their products as of February, Health Minister Greg Hunt announced on Thursday.

She said the main reason the federal government legalised medicinal cannabis more than 24 months ago was because it recognised how “repugnant” it was “that sick people were forced to go and buy God knows what from [unlicensed suppliers]”.

But the current set-up “is not working because patients are still seeking supply from these … [unlicensed] sources”, said Ms Darby.

Complex cannabis access laws have generated a thriving underground market where unlicensed suppliers are able to fill the regulatory vacuum, she said.

Ms Darby said patients must try to find a doctor who is “willing and receptive” to find out “whether cannabinoid medicines are right for them”.

The Drug and Anti Theft Unit in Tuggerah Lakes, NSW, has been informed about Mr Watson’s operations by The New Daily.

Mr Watson was arrested on November 22 in relation to unrelated offences. Before his arrest, he did not respond to multiple requests for comment from The New Daily.

“We are going to monitor his activities when he’s released from custody,” said NSW Police detective senior constable Simon Metcalfe.

The complex process for patients to access medicinal cannabis

Note: The medicinal cannabis products were tested using one of the most sensitive analytical methods: Gas chromatography mass spectrometry. The compound identification was performed with the aid of the extensive Wiley compound database.